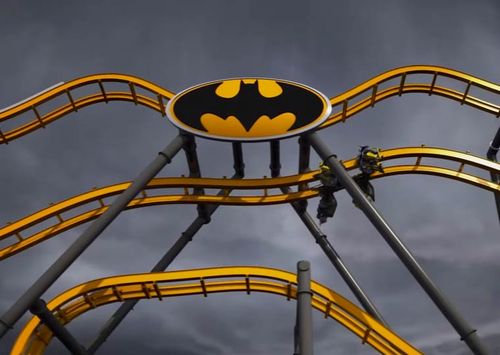 When Coney Island’s Luna Park opened the season last month, it rewarded the first customers to show up with a free ride on the Cyclone, the park’s historic roller coaster.  Everybody was excited until the coaster got stuck near the top and riders had to walk down the coaster to reach the ground.

Here is how the New York Post reporters Ben Feuerherd and Chris Perez put it in an article a week later with this awkward headline:  “Seven People Stuck on Coney Island’s Cyclone Ride It Safely:”

“That was epic! I’m feeling great,” one of them, Adam Meyers, 17, said moments after getting off the historic Brooklyn landmark.

More than a dozen thrill seekers were forced to walk down a 60-degree slope when the ride broke down on its season-opening run.

“Absolutely awesome,” said Joseph Saulo, 33. “I can tell New Yorkers, don’t be afraid of the Cyclone.”

They love the fear as that seems to be the nature of roller coaster fans everywhere.  But what draws fans to ride particular roller coasters?  Is it the name or is it the ride?  One way to find out was to see how many roller coasters pay for licensing rights to a Superman or Grover (yes, Sesame Street’s Grover is the marquis name for “Air Grover” at Tampa’s Busch Garden.)

I did some research and found a wonderful list of the world’s roller coasters at the appropriately named “UltimateRollerCoaster.com” website.  The list was composed of 1101 rides (I counted them so you don’t have to).  I had not idea there were so many.

I checked to see which licenses were favored for roller coasters.  There was of course Batman and Superman but there was also Jimmy Neutron, Mighty Mouse, Snoopy and even Speedy Gonzalez.  Yet coasters with licensed names amounted to roughly only 5% of the full list.

That tells me that the excitement of the ride and not the name is the draw, at least when it comes to roller coasters.  But when I checked out the names, and there are lots of them, some of them were pretty cool.

I will write about that in my next posting.

In the meantime, as a public service to Global Toy News readers,  I picked out this list of licensed roller coasters and where they are located: