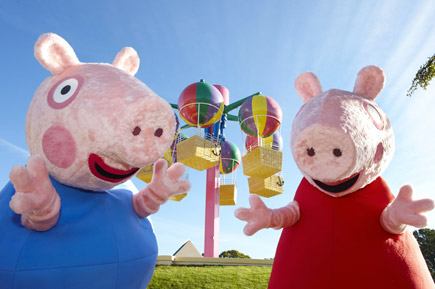 Opening a themed area at a theme park is not new.  Six Flags was featuring Warner Brothers characters and King’s Dominion was doing the same with the Hannah Barbara group in the 1970’s.  It seems, however, that brand holders are figuring out that in an age of multiple play platforms, theme parks are an increasingly important way to imprint their characters on children and their young at heart parents.

To me,  it also makes a major statement about a brand having arrived.  Doing a theme park deal is a serious investment in permanence.  Whoever is doing it is certainly not going to be walking away anytime soon. That makes for a powerful statement to all the brand stakeholders that a Peppa Pig or an Angry Birds have graduated to some kind of evergreen status.  They are going to be around for a while.

What brought these thoughts to mind was an excellent article  I recently came across from LIMA's Inside Licensing in which we learn that popular characters like Thomas The Tank Engine, Angry Birds, Peppa Pig and Ben 10 are getting featured at theme parks and water parks in a group of diverse locations that include China, Italy, the Bahamas, Thailand and Massachusetts. 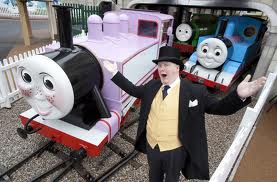 The article, “Dedicated Park Experiences Aim To Promote Intense Interaction With Kids’ Brands,“ notes that there are revenues to be gained from all of the branded memorabilia sold at the theme park shops as well as the resulting in-home brand visibility and enhanced equity.

Theme Parks are not toys but they are a powerful way to play.  Smart brand holders are going to build the where, when and how of getting theme park space into their business plans.  It sends a message.