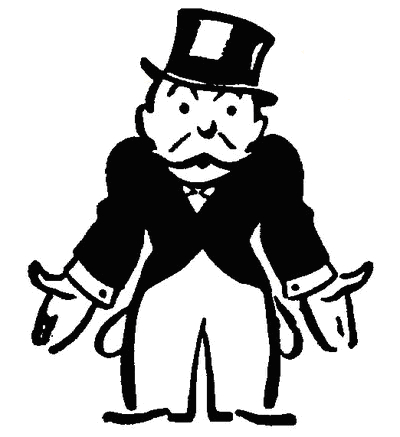 They start with this quote from James McManus’s New York Times review of The Monopolists:

“The national card game of the world’s first market democracy naturally turned out to be poker, in part because money is its language, raison d’être and means of keeping score.”

McManus does not name the country but it is, not surprisingly, the United States.  In fact, the first reference to poker being played was in New Orleans in 1829.  If I read McManus right, Poker is therefore capitalism played with a deck of cards.  The game not only reflects the use of strategy and luck to make money but to make more money than anyone else at the table.  Capitalism, in this view, is one big game and games are about competition.

So, do games like great novels, works of art and music reflect our experience of our country and our world?  Are they perhaps more important than we think in telling us about ourselves?  Is Monopoly great because it is the game industry’s answer to War and Peace or the 1812 Overture?

And what about a toy’s ability to create adult pandemonium? Even products that did not result in speculation led to near riots in retail stores.  How many fights broke out because someone had to have “that” toy.  Why do toys bring out such passion in adults?

Again, it appears that toys may bring out the animal spirits that are essential to capitalism.  The excitement that involves getting the toy before someone else does (even if you have to literally fight another consumer for it) or to get the upper hand by being savvy enough to buy low and sell high.

Were Beanie Babies, baseball cards and Cabbage Patch dolls great because they created passion to own them – at any cost?  Is that really the hallmark of excellence?  Were their creators’ geniuses?