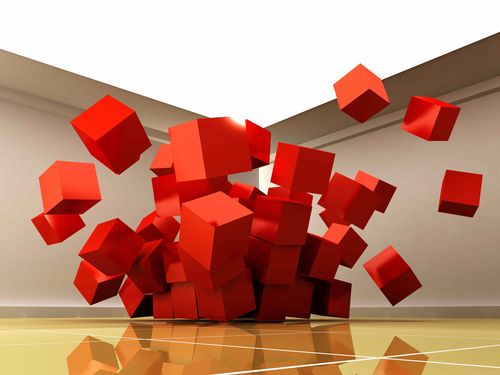 Every once in  a while we get a comment from a reader that is so powerful that we decide to run it as an article.  Physical and Digital toy and play industry veteran, Chris Heatherly is a visionary.  When he talks I and a lot of other people listen.  Here is his response to my posting:  "The Toy Industry Brand Is Under Attack; what can be done and who will do it?"

The reason that CES and E3 are bigger shows is simple to understand – they are open to the public! Toy Fair has become a show with no clear purpose. Its time of year is unstrategic from a PR point of view – Late Summer or Fall would be a better time to announce new toys

Its not a consumer show, but its pointless as a retailer show because the buyer selections have been made at that point. Its become this ceremony we do in February every year because that's how its always been done, not because it makes any sense in the modern world.

The relationship the show has with the media and the public has always been baffling to me. The show is closed to the public and all the booths are closed invite only, but they let the media in and everything is up on YouTube in 5 minutes. What exactly we are trying to hide from the public here? Are we there to get PR or not? And if you aren't, why erect a big expensive booth and throw a trade show for yourself? The retailers see all this stuff behind closed doors anyway.

CES and E3 WANT you to come in. They want fans in their booths. They want social media. They want PR. Toy Fair is still toiling in this stodgy Cold War paranoia about competitors seeing one another's product. Who cares? Its all on the Internet anyway and if its the wrong time or year to be showing stuff – MOVE THE SHOW to a time that works better for optimizing media.

And the one you didn't mention is ComicCon which is really what I think the TIA should be looking at. Now THAT IS A TOY SHOW! And fans can get in! Except they can't because its so oversubscribed. New York Comic Con is exploding too. And toys are a big part of it!

Toy Fair needs to move out of the 80s. The days of big trade shows for the benefit of retailers should be over when 4 guys control all the open to buy. Its a big fat waste of money if that is the case. Toys are culture and Toy Fair should be about celebrating toys place in our culture.

If Toy Fair were a fan event, it would be bigger than ever, attract more celebrity talent, and make a much bigger dent in the universe. To prove this theory, I did a fan event at Toy Fair several years back for Cars 2. We invited D23 fans, the media, and retailers to a showcase with talent and a good product display. We had kids there! And we got tons more press than the folks on the floor. Also just kill or move Dallas. The toy industry can do a lot better than 2 floors of a flower mart.

Move it to LA. I think Toy Fair could be an amazing event, but its time to think a lot differently.