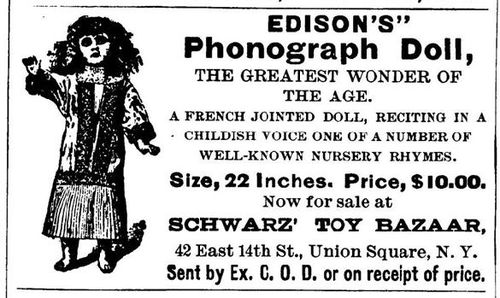 “The toy industry is essentially a 19th-century industry desperately trying to break into the 21st.”

On February 1, 2015, a quote I had contributed to a New York Times article by Rachel Abrams, “Shake-Up at Mattel as Barbie Loses Her Appeal,” was chosen by that newspaper as one of three quotes to be featured in the Sunday business section.  Here is the quote:  “The toy industry is essentially a 19th-century industry desperately trying to break into the 21st.”

Since that time I have a number of readers ask me to elaborate.  So, here  you go:.

The toy industry of molds and mass production is a creation of the 19th century industrial age.  Its magic comes from its ability to provide surprise and delight by molding tin and then plastic into wonderful, colorful shapes that, with the right mechanisms, can do exciting things.  It also offers soft comfort in the form of whimsical plush bears, dogs and more.

Because of this revolution in mass produced toys, children the world over have been able to have access to play that was formerly the domain of the rich child or the family fortunate enough to have a father or mother who were handy with their hands and imagination. This revolution in accessibility to toys is probably one of the most important stories of the 20th century.  Yet, the toy industry never really made it into the 20th century…but it almost did.

In 1974, Nolan Bushnell, the creator of the original video game and the founder of Atari, brought his Pong game to Toy Fair.  Pong was a fairly simple game that you played on a television screen in which the player manipulated a knob to move a primitive, virtual racket up and stroked a primitive, virtual ball to another player who attempted to return it.  It seems like the Stone Age now but then it was breathtakingly new and different.

Bushnell's associate at the time, Allan Alcorn1, describes their experience this way:

So we go to the Toy Fair with a booth next to a guy selling magic sets and Crazy Glue, and here we had Pong…  All the buyers from all the department stores–Macy's, all of the top guys–came by and saw it. But we did not sell one unit. Because, as it turned out, in that industry all the buying was done for Christmas, the week before we arrived at the Toy Fair…. here we were in New York City; we were having dinner by ourselves, there was no interest… nothing.

There is far more to this story and I encourage you to read the Alcorn’s reminiscence: “First-Hand: The Development of Pong: Early Days of Atari and the Video Game Industry.”  The bottom line, however, is that for a number of reasons, the toy industry did not see the significance of Pong.  As a result, Pong became the first of what was to become a new product sector:  “Video Games.”

This was the toy industry's pivotal moment in the 20th century.  If the toy industry would have embraced Pong it would today be a massive 60 billion dollar global industry.  Instead it has largely remained a 19th century business that has seen a fairly steady erosion in its fortunes.  It created a competitor that at first stole quarters in arcades and later billions of dollars in retail sales of consoles and games.  Now apps and portable devices of all kinds (Pong’s grand and great grandchildren) have steadily robbed it of dollars, interest and time.

What does it take for the toy industry to break into the  21st century?  That in my next posting.

1First-Hand: The Development of Pong: Early Days of Atari and the Video Game Industry