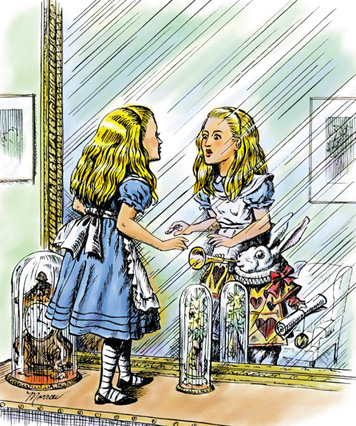 In my last posting, “Toy Fair and the Face of the Toy Industry,” I wrote about Toy Fair as reflecting the face of the toy industry.  By bringing all of its parts together in one place, those who it employs and those who love it get a chance to see what it looks like.  It functions as a mirror and one that can be unintentionally distorting.

The practice of honoring those who have exhibited the longest with the best floor space is a fair way to determine who gets prime locations without creating a chaos of competing interests.  The rules are clear and need not be changed.

There is, however, an unintended consequence in that the first look one gets when entering the main hall is one of the past and present and not the future.  It is an industry made up of plastic and cloth.  It is also, however, increasingly  becoming an industry of robots, artificial intelligence, tablets, voice recognition, augmented reality and much more.

These new companies and new ways to play are a vital part of the 21st century toy industry but a look at the exhibition floor shows that they are placed on the fringe.  Occupying the far north side of the building’s main floor, they appeared as exotic rather than the very future of the industry.

In short, they were missing from the face of the industry.  Reporters, visitors and workers who stayed in the main hall missed the excitement that is 21st century connected play.

The toy industry as a whole needs to project a face that says to the world:  “We are an exciting place to work.  We are an industry that honors the past while projects into the future.  We are optimistic and deserve your full attention.”

It is not necessary to change the current system of rewarding placement.  It is just essential that this vital new face of the toy industry is highlighted with great new and conspicuous signage and that traffic be aggressively directed in their direction.