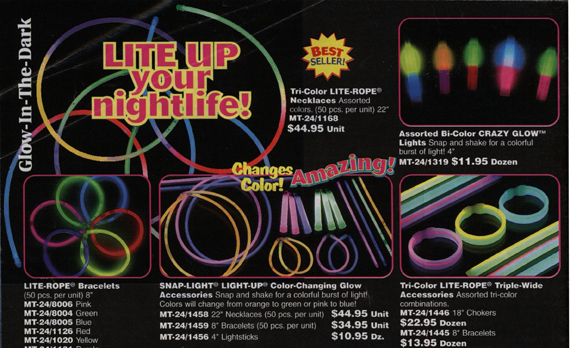 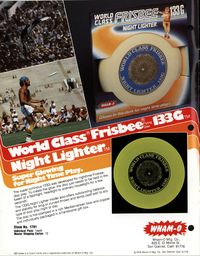 As a kid in the late 1970s and early 80s, glow-in-the-dark toys fascinated me. During the summer months, my friends and I would play outdoors as much as we could. Even after the sun went down, we tried to cling to every moment we had to play. Toys that “lit up” in the dark furthered our cause and glow-in-the-dark Frisbees became especially important to us during the evening hours. In the colder and darker months, we would head over a friend’s basement where a large electric racetrack was equipped with glow-in-the-dark cars with headlights. We spent countless hours in near darkness racing the slot cars on the track, conveniently adjacent to the toasty warm coal stove. 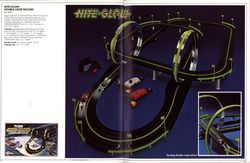 At the time, I didn’t understand the science behind these toys’ glow, but I did comprehend that a lot of patience was needed while getting them “charged up” enough so that they could glow; the toys had to be exposed to plenty of light before they would emit a yellow-greenish radiance. I have since learned that glow-in-the-dark toys are typically manufactured using a substance called a phosphor. The glow that results in the form of light emission—photoluminescence—is called phosphorescence. The phosphors most commonly used by toy manufacturers are zinc sulfide and strontium aluminate. Toys made using strontium aluminate tend to glow longer than those made with zinc sulfide due to its higher level of luminous intensity. During the manufacturing process, phosphors are mixed in with plastic resulting in a phosphor-plastic compound that is molded into the shape of the toy (or toy part). When this toy is exposed to light (either natural or artificial), the phosphors contained within the toy absorb the energy from the light. When the light source, for example a lamp, is removed, this stored energy in the phosphors very slowly re-emits the absorbed energy back in the form of visible light, hence the glow that we see radiating from the object.

Glow sticks and glow bands, which are often used by trick-or-treaters and festival attendees, use a different a different process to produce a glowing light; these objects use a type of light emission known as chemiluminescence. In order for the object to glow, it needs to experience a chemical reaction (the mixing of two chemicals). Unlike phosphorescent toys that rely upon an outside light source for energy, glow sticks rely upon the physical blending of two separate chemicals that are contained within the object. For example, the flexible glow sticks and bands need to be flexed or bent in order to break the inner containers that hold the chemicals, the breaking of these inner containers allows the chemicals to mix together and the chemical reaction produces a glowing light.

Glow-in-the-dark playthings, including Silly Putty, crayons, yo-yos, and stickers, remain on the market today. Many people, especially young children, are fascinated by toys and objects that glow. Although the process is not as much of a mystery to me anymore, I still appreciate the fun that glow-in-the-dark toys offer and how many of my childhood summer nights were extended because of their enchanting properties.