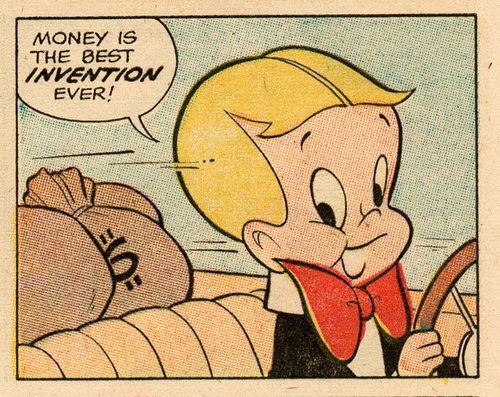 Wikipedia definition:  Conspicuous consumption is the spending of money on and the acquiring of luxury goods and services to publicly display economic power—either the buyer's income or the buyer's accumulated wealth.

In my last posting I provided some of the results of an analysis by The New York Times and the Department of Labor on conspicuous consumption; what people purchase to show others that they have money.  The piece was written by Elizabeth Currid-Halkett and entitled “What People Buy Where.”

The entire list is fascinating so I recommend you read it.    I found it to be interesting as much for what it does not include as what it does. For example,  there was not one single automobile listed.  There were motorcycles but no Rolls Royces or Ferraris.  Surprisingly, at least to me, there is no jewelry.

Every city listed pets as objects for conspicuous consumption but there appeared to be nothing related to children with the exception of Cleveland where they buy "boys' hosiery" and Dallas where they spend a lot on "boy’s uniforms".  Could a reader from Dallas please explain what kind of uniforms we’re talking about?

What about play?  Well, with the exception Seattle’s not surprising love of video games and pinball machines as well as bicycles, it seems that play is not a preferred way of demonstrating wealth.

It is interesting, however, to try to figure out what it says about Atlanta that there number one conspicuous consumable is motorcycles while Cleveland goes with Indoor Plants; Minneapolis-St. Paul prefers Mutton, Goat and Game and Washington DC’s expenditure on very expensive elder care.  And what’s the deal on Boston, Philadelphia and San Francisco spending so much on alimony?

Let us know your thoughts on the list, and if you are from one of the cities cited, let us know if you think it is accurate.