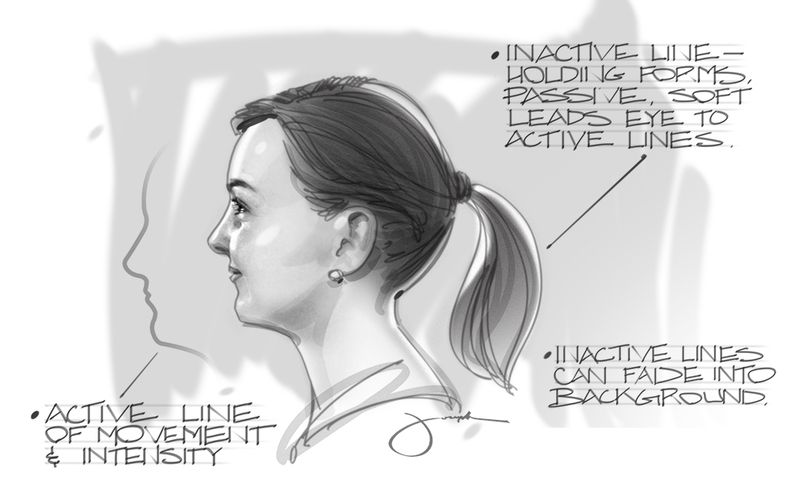 Back in the day, I was standing with a group of amazingly talented people in a feature film company. We were all there to pick the best sculpts for a product line of figures to be released alongside a movie project.

As I stood admiring the artist sculpts, a few high level art directors were commenting on the active and inactive lines that carried over from the concept art to the surfaces of the models.

A conversation started about Russian artists who were known for this in their work, as we all took turns studying the sculpted figures deciding which designs to green light. Then, with no warning, a vice president came into the room and did the unthinkable—she touched one!

Not only did she touch one of these delicate masterpieces, but actually picked one up and held it in her arms. She quickly repeated the process labeling the designs that not only looked the best, but also felt the best, citing the buying habits of the female target audience.

I never really gave much consideration to the physical esthetic before this experience, but consumers actually hold the product before they buy. The vice president chose the designs that best made a human connection—visually and tangibly bringing the design principle of active and inactive surfaces to a deeper level.

Great concept art, especially for you industrial design students from the Art Center of California, clearly and strategically indicates areas of high activity and movement juxtaposed against more inactive areas that are softer and less pronounced.

Active lines are translated to artist sculpts and 3d models as surfaces, some having more defined information and surface details (active) alongside softer areas that hold form but don’t carry a great deal of activity (inactive).

Students tend to throw everything into their designs, including the kitchen sink, to impress their teachers and potential employers. Professionals, on the other hand, have learned restraint, strategically applying active surface details alongside quieter areas of smoothness and rest.

Both active and inactive surfaces work together to create a character’s personality, as well as, add the much needed form factor that plays heavily into toy and product purchases.

Toys are held—there is a human connection. Therefore, choices of active and inactive design elements can be studied to great advantage by looking at the top selling brands and toy lines.

To break this principle down, a sample of active lines can be clearly seen in my digital marker posted in this article. The face, for instance, has a great deal of active surface details and important definition. The hair, on the other hand, is composed of inactive lines holding structural form, but not designed to compete with the focal point.

The principle of incorporating active surfaces alongside inactive, also helps to determine which edges need to be more abrupt and which need to be softened—all of those strategic design choices affect the visual and physical esthetic, ultimately making or breaking the much sought after human connection.

Special thanks to Kristin Draus, an Account Manager in the toy industry, who graciously posed for my digital marker sketch depicting active and inactive lines.