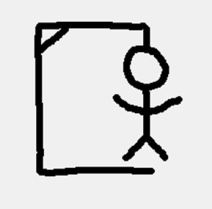 Disconcertingly, the New York Times obituary looked like fun.  It was entitled “Bernice Gordon, Who Toyed With Words, Dies at 101.”  After all, the word “toy” was used in the headline and it was about someone who played with words.  Intrigued, I began to read it and found that interspersed through the obituary were white boxes in which you could fill in words.  The writer, Margalit Fox, had created a gamified obituary and I was intrigued.

Questions went through my mind:

3.      Was it appropriate to gamify an obituary about someone who created games?

4.      Was the online version of the obituary interactive?

I read the obituary and then looked up versions of it on Outlook and Firefox.  The first paragraph told me who she was but it also contained the first clue:  “Bernice Gordon, a self-described ⬜⬜⬜⬜⬜⬜⬜⬜⬜⬜⬜⬜⬜⬜ who over the last six decades contributed some 150 crossword puzzles to The New York Times, died on Thursday at her home in Philadelphia. She was 101.”

But what letters were supposed to go in the white boxes?  I found the answer in the next

paragraph when I read:  Mrs. Gordon was The Times’ oldest cruciverbalist, as those who ply her trade are known, and it’s longest-serving. The number of letters was right but what was a cruciverbalist.  Spell-check was of no help but a Google search identified the meaning as:

1. A constructor of crosswords.

2. An enthusiast of word games, especially of crosswords.

The obituary held other white boxes and clues that I was able to solve (don’t want to spoil it for you if you want to interact with the obituary).

Was it interactive?  No, my visits to the online versions did not indicate any interaction.  You could not fill in the letters.  I thought that this was an opportunity missed for an obituary trying to be playful.

Was there a list of answers?  Not that I could find.

The big question is, however, was it appropriate to make an obituary intellectually stimulating, fun, interesting or whatever description you choose?  Well, yes and no.

Yes, because it was probably appropriate in this case.  I of course don’t know what Ms. Gordon’s family thought of the obituary but I suspect that with a life dedicated to  making puzzles; they would see it as not just appropriate but affirming.

Should others who are cruciverbalists also be honored with gamified obituaries?  What about those who make board games, video games or jigsaw puzzles?  I of course don’t have an answer but I will tell you this; I never would have written this piece about Bernice Gordon if not for her gamified obituary.

Was it appropriate?  What do you think?