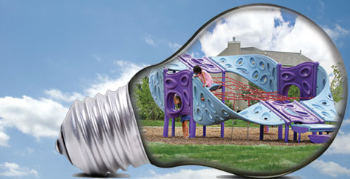 I was going through some articles on the latest news in the world of play and the word innovation seems to be championing the rational behind some mega deals & major success stories.

The recent deals highlighting 1) New toy ranges from Tomy supporting Pixar films “Inside Out” & “The Good Dinosaur” and 2) FremantleMedia announcing Jazwares has signed the Master Toy rights for Tree Fu Tom are great examples of the importance of innovation. In both articles, deal closers from Walt Disney & FremantleMedia emphasize their partner’s innovation as one of their main strength points. Furthermore, Lego, which has always remained one step ahead of the innovation curve, has won Toy Fair’s 2015 Editors’ Choice Award for their Minecraft set, crowned as the Construction Range of the Year in 2014 London Toy Industry Awards and has took top honor with 3 Best New Toy Awards in London Toy Fair 2015. How awesome can innovation be?

So what is innovation and what are the key elements for a successful innovation?
Innovation is defined as a new idea, device or a method. The process of coming up with something new which is more effective and offers a better value to customers. The concept of innovation is not just limited to a product design/ function, its application expands to include business processes, methods, models, channels and even communication campaigns. And while some successful innovations can place a company on the top list of its industry, others can cause massive failures or just yield short term success as we will read later in the article. So here are some key elements applied by successful companies who leverage the concept of innovation to stay competitive in the marketplace:

Beside the above 3 elements, other essential business factors that lead to a successful innovation are: identification of a need/ problem, the know-how (field knowledge), collaboration (team work) and value creation.

Ultimately, companies topping the list in the industry understand the true value behind innovation as a key element to a successful business and they work hard on consistently developing their innovation portfolio to stay competitive and ahead of the game. Hence, if your company aims to win then Keep Innovating!