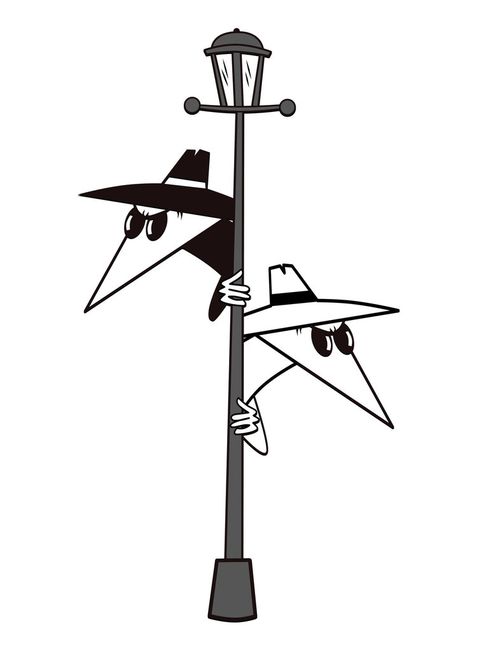 A child who is tracked by his  or her parents is going to become an adult who  is comfortable being tracked by the government or anyone else.  That was my thought as I walked the floors of the 2015 Consumer Electronics Show.  In my last posting, “CES 2015; awe, wow, yay, who and uh-oh,” I wrote about the magic and power I found at the Consumer Electronics Show in Las Vegas.  In this one I want to talk about what happens when a fearful society intersects with technology;   in particular, the potential impact of making children comfortable with being tracked.

There were on display a countless number of devices (drones, bracelets, temporary tattoos and countless other devices) that allow one to spy on and / or track a child, a cheating spouse or anyone else one chooses.   We are entering the age of surveillance and it is going to be hard for people to have a sense of anonymity in the public space.  The distance between the private space and the public space is collapsing and it is going to result in a different society than the one we know.

21st century parents are fearful and desire ways to make sure their children are safe when they are not present.   As a result, devices that allow a parent to track their child make the adult feel more secure.  But what about the children who are being tracked.  Children who grow up being watched and followed will be adults who are comfortable about their government or anyone else doing the same.  It’s not a surveillance state; it’s a surveillance society.

That is why I believe that our children and grandchildren will grow up in a vastly different world than the one we know.  Tomorrow’s adults will have no sentimental longing for a time when one’s life was private because that notion will be absent.  Just as we are aware that there was a pre-technological time when it was possible for a person to simply disappear; we have no longing for that time because we never experienced it.  That may what life will be like for the next generation of adults.

CES is important because it not only provides business contacts; opportunities and strategies.  It is also important because it gives a peek at any number of futures.  Never-the-less, I came away from CES optimistic about the future.  I saw a lot of wonderful things that will make people happier, healthier and more informed.   I did, however, also leave with a notion that they way we live our lives may not be the way future generations will.  That is the way the world works.  Still…