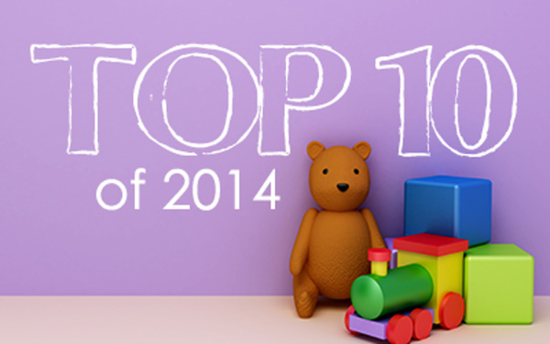 Poof Alex has continued its string of toy company acquisitions with the purchase of the venerable Shrinky Dinks brand (Global Toy Experts was lead consultant on the deal).  Other properties include Poof, Alex, Citi Blocks, Slinky, Scientific Explorer, Ideal, Zoob and more.  The combination of Neil Friedman as CEO (see number 5) with this rich mix of brands makes Poof Alex a company to watch.

7.   Frozen blows out the box office and sells a lot of toys

It was announced in March of this year that Frozen was the number 1 animated film of all time and in November we were told that Frozen had displaced Barbie as the most requested “girls’” toy this holiday season.  No one, and that includes The Walt Disney Company, saw that coming.  What is it about Frozen?  Why do little girls continuously sing “Let It Be?”  Maybe it’s about a general sense in our society of getting to be who you want to be without conforming or maybe its just lightning striking.  If you figure out the formula, let us know…or start your own doll company.

Hasbro’s experiment with television came to a halt with the company ending its partnership with     the Discovery Channel.  Once done, Hasbro decided to go after Dream Works, which takes us to   our non-happening.

Hasbro made the front pages of newspapers around the world with the announcement that it was going to buy the entertainment company DreamWorks.  Hasbro saw that company’s intellectual property and its movie-making prowess as a great fit but Wall Street didn’t agree.  Is Hasbro done with the movie business?  It doesn't look like it.  The company just added the vice chairman of movie and television studio Lions Gate Entertainment, Michael Burns to its board of directors.  It looks like Hasbro wants to own more its own IP and delivery systems, and from the look of things, it will.