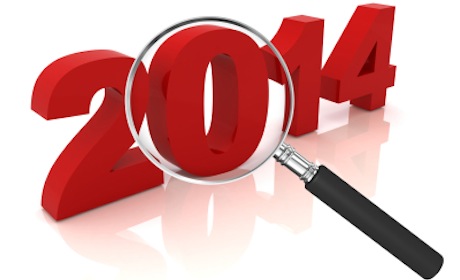 It’s time to look back and pick out the top 10-toy industry stories of the year.  Let us know if you agree, disagree or want to add your own.  Here they are in no particular order:

Here is how The Wall Street Journal put it on September 4:  “The Lego brick has toppled the Barbie doll—at least for now—in children's affections.  Toy maker Lego A/S on Thursday said its revenue in the first six months rose 11% boosted by "The Lego Movie" products, making it the biggest toy company in the world by revenue and profit, ahead of Barbie-maker module article chiclet Mattel Inc.”  With Mattel’s Barbie struggling (see number 2), is Lego set to keep its position?  2015 should tell us something about that.

2.   Sale of Mega Brands to Mattel

Mega Brands and its Mega Blocks, always a distant number 2 to Lego, found a new home with deep pocketed Mattel.  With Mattel’s marketing power behind it what impact will the purchase have on Lego and other competitors in the construction toy space?

3.   Decline in Barbie sales and the Princesses move to Hasbro

Barbie sales dove 21% in the 3rd quarter resulting in four straight quarters of declines.  Are things going to turn around soon for Barbie?  Changes in demographics, a 6thstraight year of a decline in the U.S. birthrate and competition for girls’ time from other ways to play is going to make it a challenge.  Adding to Mattel's woes; Hasbro captured the rights to the big selling Disney Princesses.  Mattel has a major challenge on its hands and 2015 will tell us a great deal about how the company fights back.

Pressman, a classic provider of classic games, was sold to Goliath this year.  Pressman was founded in 1922 by Jack Pressman and led by his wife, a toy industry pioneer upon his death in 1959.  Jim Pressman took over from his company in 1977 and subsequently decided to end the Pressman family’s role in the play industry this year.  Goliath will be an excellent home for Pressman’s products but the company will be missed.

5.   Neil Friedman is back in the game

Yes, Neil Friedman, a toy industry legend, apparently wanted to get back in the game.  The Toys ‘R’ Us and Fisher-Price veteran has taken over the reigns of rapidly growing Poof-Alex.  Neil is major talent so smart competitors will be keeping a close eye on his moves in the coming year.