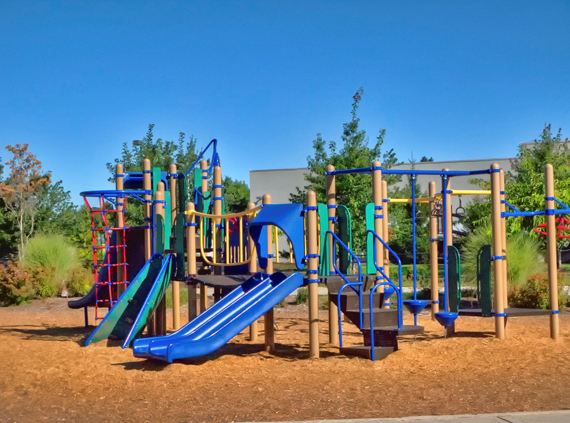 Many will remember how recess became the highlight of a grade-schooler’s day.

At my own elementary school outdoor recess brought together classmates of all athletic abilities and creative talents. On the playground, the swing set filled up quickly with kids aiming to swing high and launch themselves into a pile of wood chips. Girls with gymnastic aspirations claimed the parallel bars to do flips or hang upside-down. Rambunctious boys clambered up the slide, flouting basic playground etiquette.

We scraped our knees and muddied our hands playing games which needed no special equipment and established no limits to the number who could play, Popular options in my grade included freeze tag, “IT” tag, and TV tag. We chased one another around the slides and across the field, under the monkey bars and over the wooden drawbridge. The teachers who monitored both the lunchroom and the playground were grateful to see us release some energy from the Lunchables, Dunkaroos, and Fruit-by-the-Foot that we had inhaled prior to heading outside.

Those of us who favored structured games had many alternatives from which to choose.  On days when the big red playground balls were available for use, the competitive students organized games of four-square, kickball, or dodgeball. (A note to nineties kids–take a moment to recall the cross-hatched texture of a rubber playground ball against your fingertips. Then remember the glorious sound of the ball—somewhere between a hollow THUNK and a springy BOING—as it ricocheted off the arm or chest of your ill-fated opponent on the dodgeball field.) Don’t worry, moms and dads, no one ever really got hurt from these ball games. A cement tier below the recreational area offered girls the perfect location to jump rope or show off Skip-It skills. (Hopscotch, by this time, had fallen out of style.) Other children would huddle near the perimeter of the playground to play clapping games like “Concentration 64” or “Down Down Baby.”

We learned how to play these playground games from our friends or their older siblings.  My classmates and I learned the rules of four-square, freeze tag, and Miss Mary Mack by listening and participating. These games taught us how to cooperate, communicate, and compete; the skills that we learned have paid off later in the adult world. One of the saddest things about leaving elementary school was the loss of recess time. Structured, twice-weekly physical education classes took the place of recess in our combined junior/senior high school, and some of us continued to thrive in team sports. But given the opportunity, plenty of my peers would have gladly run to an empty swing set or punted a rubber playground ball… and the same is probably true for most grown-ups today.