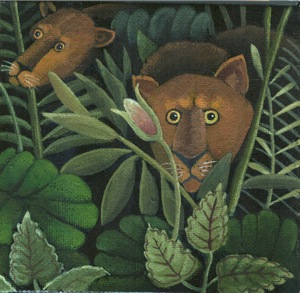 In my last posting (which I strongly suggest you read before engaging this posting)  I wrote about a new book by  Jay Griffiths entitled A Country Called Childhood. It is a bold attack on 21st century parenting as well as on the entertainment, toy and play industries.

I agree with some of what she has to say  and strongly disagree with other of her beliefs. She has, however, captured my imagination and as such I think she richly deserves a read.

More importantly, I think it is a great place for us to begin a dialogue around the notion of children, play and the role we in our industry take in how and where it is consumed.  Are we, as Ms. Griffths accuses us, privatizers of play?  Have we, as a society, cut children off from engaging the very soil, insects and animals that comprise their neighborhoods?

Whether we agree with her or not, I think it is fair to say that today’s parents and grandparents did not grow up cut off from nature.  They grew up running around their neighborhoods in wolf-packs of childhood; shouting as loud as they could; getting incredibly dirty and sometimes getting lost and hurt.  It was dangerous play and I am sure scary but our parents let it happen anyway.  It made for tougher, more resilient kids who maybe got black eyes but didn’t take violence to the extremes that some chldren do today.

But what about her accusations that the toy industry stunts children’s ability to imagine.  What role does the toy and play industries “play” in helping to create the modern environment of over-scheduled, over-monitored, physically safer but emotionally challenged children?

I will talk about that in Part 3.