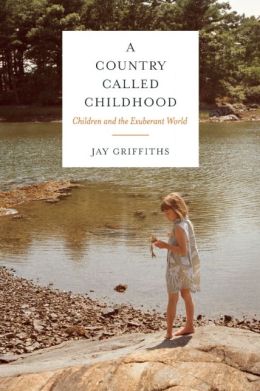 I encourage you to read or read about a new book that I am finding challenging, engaging and frustrating.  It is an important, extremely well written look at childhood, the toy industry and access to play.  It is called “A Country Called Childhood” and it is a book we may all want to read.

The book is a finger pointing at parents who the author, Jay Griffiths, accuses of creating a pretty horrible version of childhood for their offspring.  She also points that finger at the toy, play and entertainment industries for, as she puts it,  “privatizing “…the commons of dreams.”

She has a great deal to say about 21st century parenting.  Ms. Griffith states that we adults have cut our children off from nature; taken away their independence; burrowed into every part of their lives and in general have given into a culture wide paranoia.  Her prose is at times overwrought but always beautiful.  Here is how she expresses children’s loss of contact with their land, the outdoors:  “Childhood has not only lost its country but the word for it too; a country called childhood.”

Her sentiments about outdoor play and engagement with the very soil, insects and animals of the neighborhood certainly struck home with me.  I can well remember laying on the ground, turning over rocks and either playing with or being frightened by what I found there.  I can remember the smell of dirt and the acrid odor that holding lightning bugs left on my hands.  I can recall a seemingly endless amount of time for me to play however and with whomever I chose.

So far so good…and then she comes after those of us who provide play for a living:  "Children reared on toys and products provided by corporations are learning a terrible lesson: They are learning that they … cannot provide for their own play, or rely on their own imagination, that they are impoverished beggars of the entertainment industry.”

And if you think that’s rough, she goes on to describe those of us who sell toys and play as  “Privatizers of the commons of dream" and children as “impoverished beggars of the entertainment industry."

There is a great deal of turmoil roiling society and I think it is possible that books like this are going to become more common and that the economics of play and the fairness of its distribution are going to come into question.  We will either be the subject of the discussion or a party to it.  I favor the latter.  More in my next posting.