What comes to mind when you hear the word “animal”? Do you envision farm animals, your pet at home, or something a bit more wild? Perhaps you even think of a Muppet or two. Either way, it’s hard to ignore that animals fulfill a pretty big role when it comes to play. 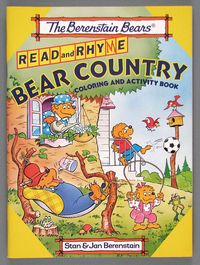 As toddlers, many of us learn our animals and their corresponding sounds through that popular little ditty “Old MacDonald Had a Farm.” Animal stories can teach us valuable life lessons too. In The Story About Ping, we learn the importance of being punctual through a dawdling duckling. In Bread and Jam for Frances, we discover the value in trying new things, when a perpetually particular badger eats only bread and jam. Anthropomorphic animals have limitless capabilities. They drive, cook, work, and have homes and families. For instance, the Berenstain Bears (popular in books, television, and an exhibit here at The Strong), are a working class family of five from whom I’ve learned a tremendous amount—don’t eat too much junk food, don’t watch too much television, and don't fear the dentist. Presenting familiar concepts through animal characters seems to resonate in a way that is both entertaining and effective.

Humans also find pleasure in taking on the role of animals during play. I know children whose favorite playtime hobbies included playing platypus or participating in a made up game called Fox Den. Whatever the species, both seem to require a very active imagination. I’ve also heard of youth soccer coaches teaching different play strategies based on the natural movements of various animals. And when it’s time to dress up for Halloween, animal costumes are always a favorite. However, it is the companionship between humans and animals that seems to forge the strongest bond. As children, we may have a favorite plush animal who accompanies us through life. Our cuddly critters are friends and confidants with whom anything is possible. They listen, comfort, and ensure we are never alone. Not long ago I was introduced to Stanley, a dependable and well-loved brown teddy bear belonging to a very clever six-year-old. For the past six years, Stanley has gone on every adventure imaginable. This past summer Stanley traveled to the Adirondacks where he was newly outfitted with “customized armor” (fencing from a farm play set) and dubbed Super Stanley, capable of flying and saving the world at a moment’s notice! Beyond his superhero powers, Stanley is a pretty regular fellow who enjoys a good meal, listening to music, and fishing. As adults, many of us have pets and find ourselves entertained by their unique quirks, traits, and efforts to understand the world around them. For the past 10 years I’ve shared my home with a disgruntled, portly cat. Despite his advanced age and lack of teeth (just two remain), Henry still manages to baffle and amuse me with his antics (stealing bread, crawling into the open refrigerator, and so on), offering the playful companionship that so many of us value in our animal friends. Above all, it seems our favorite critters—real or fictional—all have one thing in common: they are remarkably human.

For more on toys, games, and all sorts of other stuff for play—past and present—from Victoria and her museum colleagues, visit The Strong's Play Stuff blog.