Euromonitor International attended Brick 2014: Built for LEGO Fans, formerly known as The LEGO Show, held between 27-30 November in ExCel, London. Originally scheduled to take place in May at The O2, the organisers had to move to the bigger ExCeL Centre to accommodate the strong demand for tickets. It seems like it is the company's preference to create its own show from time to time, making sure that no-one else steals the limelight. 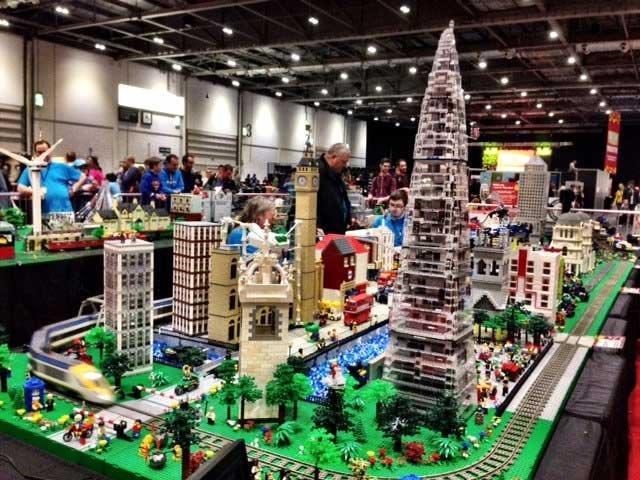 The event featured workshops with professional brick-builders as well as LEGO designers, a brick marketplace (conveniently named Brick Lane – where it was possible to pick up new and second-hand LEGO) and impressive displays from around the world (Brick City). The show demonstrated many extreme creations built using simple pieces – including models of London’s St Pancras Station and Tower Bridge as well as a giant mosaic built by exhibition visitors. There were also themed play areas aimed at inspiring both youngsters and adult visitors by giving them the opportunity to do some building themselves.

Brick 2014 also coincided with LEGO’s latest revelation to get shoppers in the festive mood: a giant Santa made of over 700,000 bricks – also featuring nine reindeers and a life-sized sleigh – in London’s famous Covent Garden Piazza.

Construction was the fastest-growing category in traditional toys and games for the sixth consecutive year in 2013, posting 8% value growth globally. Since 2007, the category has enjoyed double-digit growth rates thanks largely to the phenomenal performance of LEGO – Europe's biggest and world's 3rd largest toy maker. Commanding a market share of 65% globally in value sales, LEGO’s dominant position in construction toys is undeniable. Its main global competitor is Mega Brands with its MEGA Bloks range, which typically ranks second in construction toys in Western markets. At a global level, Mega Brands’ value share was 5%, way behind that of LEGO. Meccano and K’NEX are some of the other well-established players in the category.

LEGO's wide range of popular licences keeps appeal high across demographics and safeguards against age compression. By maintaining such a wide range, the company makes sure there is a new LEGO for each age bracket as the children mature to help combat age compression. In 2014, the company continued to expand its licensed products portfolio with popular properties, such as the launch of The Simpsons range, as well as the expansion of its existing Minecraft, Disney Princess, Super Heroes and Teenage Mutant Ninja Turtles lines. The company also added new products to its own brand series including City, Friends, Chima, Ninjago and Technic. According to company sources, its brand new movie tie-in range, based on Disney’s highly popular Frozen cartoon film, will hit the shelves over 13-19 December in the Nordic and Baltic regions just in time for the crucial holiday season in these countries (while missing out on the most important shopping period of the year in other markets).

The LEGO Movie, which was released theatrically on 7 February 2014, was a huge success, driving the company’s sales even further up throughout the year. Having seen the popularity of and the major impact on tie-in product range sales, the company is already planning a sequel to the movie, which is scheduled to be released in 2018. A spin-off film, featuring Batman from the movie, is also in the pipeline (2017) as well as a new movie based on its own popular Ninjago property (2016).

The popularity of LEGO has proved resistant to any sort of decline and the success of the LEGO movie ensures that 2014 is also a good year for the company; and, with Star Wars coming soon, the future looks pretty bright. In 2013, Mattel, the world’s largest toymaker, acquired Mega Brands, meaning competition is likely to intensify in the coming years in this category. With a projected 9% CAGR, construction is forecast to drive growth in global toy sales, adding some US$4.5 billion, at constant 2013 prices, over 2013-2018.