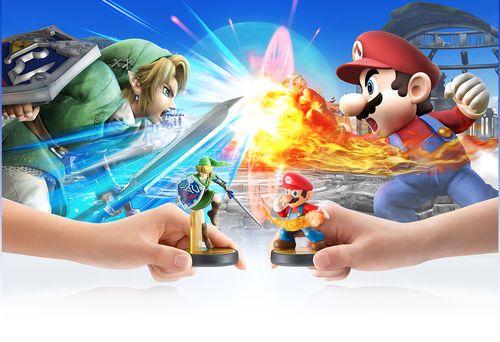 In my last posting, I wrote about the invasion by Nintendo, into the phygital (physical + digital) game department through their launch of Amiibo, a line of Nintendo based action figures that interact with video games.  The phygital game genre, pioneered by Activision’s Skylanders and grown bigger by Disney Infinity, is generating big dollars in the action figure category.  The only thing is that they are not counted as action figures but as video game accessories and they are sold in the video game area; not the toy department.

Nintendo is, however, bringing something a little different to the arena.  Nintendo skews older and that will stretch and not cannibalize the market. As a result, the Phygital segment will become more dominant and we will see Nintendo join Disney and Activision in being a force to be reckoned with by traditional toy and game companies.  Those who look to Hasbro, Mattel and Lego as the only major toy players will need to take another look and adjust their strategies accordingly.

If Nintendo takes off and brings older players into Phygital play it could be a big win for a forward thinking retailer.   Toys ‘R’ Us, Wal-Mart, GameStop, Best Buy and Target would do well to ask themselves these three questions:

The convergence of play demands the convergence of the “where” and the “how” of purchasing play.  The winning retailer will  unshackle itself from the 20th century, break down the retail walls between play and provide end users of all ages with a 21st century place to shop.