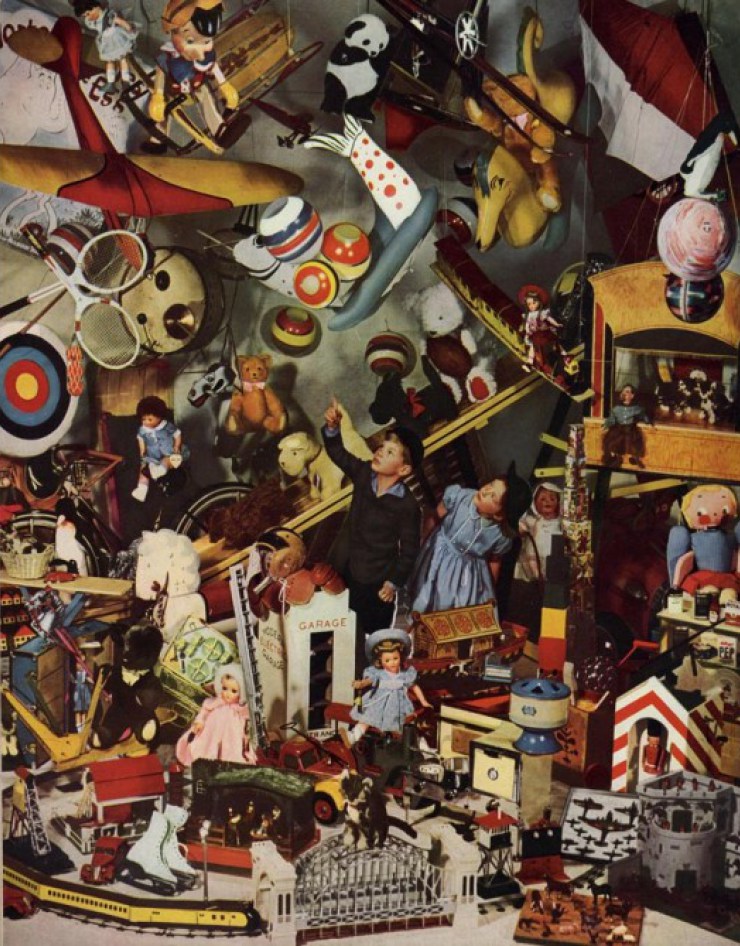 Here is another image I found of a toy store, this time circa 1940.  There is certainly an abundance of toys on display.  There are a number of things that I found of interest (click on the picture and expand to explore):

1.    The photographer had a playful sense of humor and placed a stuffed cat on top of the train trestle in the middle front of the picture.  He also arranged the picture so the children in the middle seemed dwarfed by the number of options.

2.   Notice the toy warplanes on the right front of the picture with a wooden solider in a guard house standing just behind.  America was not in the war but war was certainly in the air.

3.  Lots and lots of dolls and teddy bears but nothing licensed;  I don't see MIckey Mouse or Shirley Temple displayed.  It appears that at least in this picture there were more options for girls than boys.

Which of these toys do you think we would find showcased in a 21st century toy store?