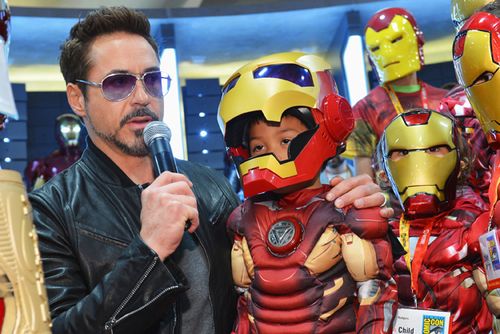 I decided to take a look at how and why fans are so much more dedicated to Marvel franchises than they are to DC.  In my previous article I wrote about how much more positive and passionate Marvel fans were compared to DC followers.

In trying to understand the passion of Marvel fans I was struck by how the two companies, Disney / Marvel and Time Warner / DC announced their movie line-ups.  Warner Brothers which is making the DC movies announced their line up during an investor call.  Marvel, on the other hand, announced their lineup at an event just for fans.

DC’s strategy left the fans out in the cold.  Why would a company that is in the entertainment business miss the boat on such a critical announcement?  Perhaps it’s because Disney and its Marvel subsidiary have their roots in creating fan driven intellectual property while Time Warner appears to be more focused about delivering content.  Disney and Marvel sees the fan as the key to creating brand equity while Time Warner sees their key responsibility is to the shareholder.

Both entities have valid reasons for their decisions but it would seem that Time Warner and DC might want to shut off the spreadsheets for a day and remember who ultimately pays the bills AND the shareolders—the fans.