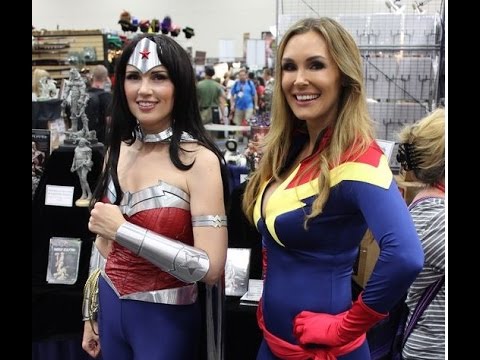 Richard Gottlieb has written several pieces recently about Marvel and DC, the major power centers of the comic book world. As I read those pieces, I felt that something was missing from the conversation and that was:  How did the true fan react to the announcements?  Are you happy, excited, disappointed or completely indifferent? That point of view interests me because I am a fan.  I love all kinds of college and professional sports and enjoy being a fan of legacy brands such as those represented by both Marvel and DC.

So, to find out how fans reacted to the announcements I first visited the Comics Alliance website and analyzed the comments to their article “Warner Bros Announces Justice League, Wonder Woman, Aquaman Movies & More.”  Only 15% of the comments that took a position were positive about DC and Warner.   When I checked the Marvel announcement on the io9 website,  I found almost the reverse.  Roughly 90% were positive about Marvel.  Notably, many of the comments to both articles compared DC unfavorably to Marvel.

Here are some sample quotes:  “Holy shit guys [Marvel), we asked, you delivered.”  Another commented:  “There are no words…except, DC, THIS is how it's done.”

There are a number of reasons that fans seem not just prefer Marvel but to be emotional in their choice.  One reason that I think says a great deal is to whom and where the companies made their announcements.  I will write about that in my next article.