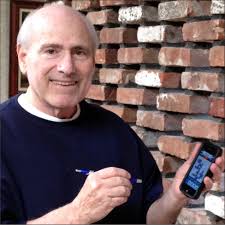 Michael Kohner and the Kohner family will be receiving a “Lifetime Achievement Award” at this year’s TAGIE Awards which will take place Friday, November 21 in Chicago’s Navy Pier Grand Ballroom.  I came along too late to have known the Kohner Bros., Michael’s Father Paul and Uncle Frank, who made so many wonderful games and toys.  They were the people who brought us the games “Trouble” and “Headache” that featured the innovative “Pop-O-Matic” randomizer and the classic crib toy, “Busy Box.” 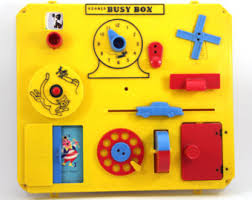 I do know Michael very well and have found him to be tough and sentimental; funny and serious and frequently all of those things at the same time.  Michael is a fascinating man with one foot grounded firmly in the past and the other in the future.  He is a true friend and I look forward to seeing him accept the award.

Here is my interview with Michael:

You began your work in the toy industry in the 1966.  Can you give us a sense of the world you were entering from your perspective as a young man and in hindsight as a veteran? 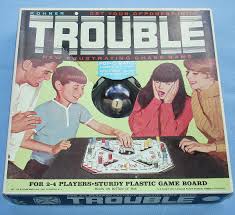 Richard, you are talking about 48+ years ago.  I can’t even remember what day to take out the garbage.

Never-the-less, I will give it a try.  1966 may have been the year I started with Kohner Bros. but it was 1965 that proved to be one of the most crucial years of my life.  On the positive side, I had just finished college and married the love of my life, Elayne, right after graduation.  Sadly, two weeks before the wedding, my father and best friend, suddenly passed away.  Elayne and I went on to be married for 48 years until she sadly passed away last year.  This is the way life plays out.

Prior to graduation, my father planned for me to come into the business but told me that before I started he wanted me to go out and get a job somewhere else so that I could see how hard it was to make a dollar. I did exactly what he said and got a job in a mail order company called Popular Merchandise.

A year later, to the day, I started at Kohner Bros. My Uncle Frank took me under his wing and I spent the next few years learning every aspect of the business.  In the 1960’s, the toy business was more like family, both literally and figuratively.  There were many more wholesale distributors at that time and fewer big retailers.

The relationships between buyer and seller were friendlier and surely less computerized.  Character Licensing had less guesswork and lower royalties making for easier handicapping and more profitability.

One thing that ironically has not changed is the price retailers are willing to pay for goods.  Buyers want to keep pricing where it was ten and twenty years ago; that despite increases in the costs of manufacturing.  In all due respect, I understand that they have consumers with limited budgets and have reluctantly nudged the retail prices up a little but it is a big problem today for licensees and manufacturers.

You grew up in a toy family (Kohner Bros.).  Were you allowed to play with toys not made by your family business?  What were some of your favorite toys as a child?

If I said dolls, would that make for a better interview? Sorry, not going to happen but yes I played with other company’s toy and games.  Back in the 40’s and I guess the early 50’s Toy Fair was held in a couple of hotels in New York.  Manufacturers would have their children come in on the last day and it was one big trading session.  However, I remember loving Lone Ranger items and Lionel trains.  In fact, I had a massive collection of old Lionel trains in the basement of my parents’ home and I can remember my shock when, innocently away at college, I learned my mother gave them all away for nothing.  Maybe I could have sold them before Ebay killed the collectability value of rarities.

You have managed to stay relevant in a career that has spanned 48 years and counting.  How did you manage to do that?

First of all, I was blessed to be born into the Kohner family. I learned from the masters, the pioneers themselves as I was growing up. I learned to be kind, fair and respectful.

Kohner Bros. was sold to General Foods in 1969.  In turn, General Foods sold Kohner Bros. to Gabriel Industries and at that time I left to start my own product development company, The Michael Kohner Corporation.

At the same time I started a 30 year consulting relationship with A.R.C. Toys (changed later to Broadway Toys).  That decision was not just a good business but created a life-long friendship with the owner Bob Gellman.  Importantly, it caused to me keep up to date on all aspects of the toy business including:  Character licensing acquisitions, manufacturing in the Orient, ever changing technology, artwork, communications and so much more.

Our office was in the old Toy Center so I was also able to run The Michael Kohner Corporation, doing product development and licensing games worldwide.  My good luck continued in the early 1980’s when I met my dear friend Michael Or who had formed an agency and manufacturing company based in China called Longshore Ltd.  This also turned into a great relationship and today we have evolved into one of the greatest teams in the industry acquiring rights from great inventors of old and new games and offering them as finished goods to companies like Hasbro, Goliath and Spin Master, Giochi Preziosi and many more.  Today, while Michael Or continues at his desk as a senior adviser to the company, his son Wai runs the day to day business and has become one of the most respected people in the game manufacturing community.

You are in a unique position to gauge what works and does not work in play?  What do you think the “secret sauce” is of a great toy or game?

My expertise is in 3-D promotable action games so to answer your question I would say simple easily explainable rules tied  in with a unique mechanical (promotional) feature usually with a big reward at the end (something exciting or explosive).

Your wife Elayne passed away last year.  Those lucky to know or even to have met her were fortunate to have experienced her warmth.  What role do you feel she played in your success as a businessperson and your success as a human being?

I was the luckiest man in the world.  Elayne was as smart as she was beautiful.  She worked with me every year since1976 doing all of the grunt work, the license agreements, bookkeeping, invoicing, bill paying, social planning etc.

More importantly when you are a one small business there are countless times when you need an opinion or need to talk it through with someone other than yourself.  I had the perfect person; so insightful and logical.  There is no questions that many my good moves were because of her being my sounding board  And as you say, those that met and knew her as most of my business acquaintance and business friends she was greatly loved as she loved them