Euromonitor International attended the Brand Europe Licensing Fair, the only pan-European event dedicated to licensing and brand extension, held between 7-9 October in Olympia, London. The show was officially the biggest to date in its 16 year history, featuring around 235 exhibitors of which over 55 were new. Bandai Namco, the world’s fifth largest toy maker, also decided to attend for the first time this year. Featuring three distinct showrooms, namely Character and Entertainment, Brands and Life Style and Art, Design and Image, the exhibition’s span covered many industries and categories including traditional toys and games, video games, film, TV, entertainment, sports, automotive, publishing, art and design, fashion charity and heritage licensing. 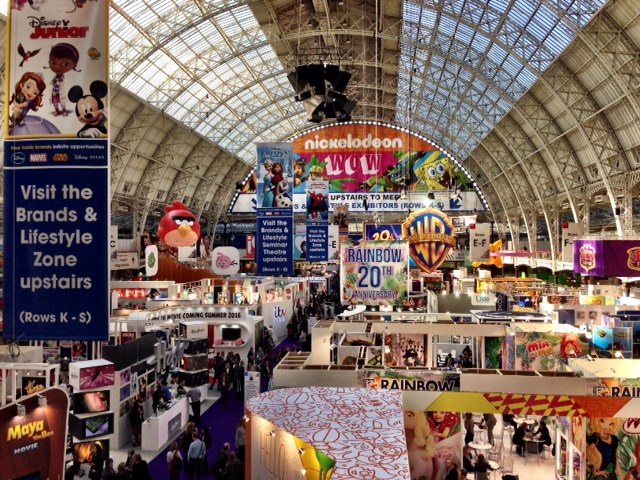 Three out of the top five largest toys manufacturers globally, Mattel, Hasbro and Bandai, were all present at the show, the first two boasting very large showrooms, a true reflection of their emphasis on licensing. Some of the world’s biggest entertainment businesses and film producers including Disney, DreamWorks, Warner Bros, 20th Century Fox, Cartoon Network, Nickelodeon and Viacom also had considerable size booths at the show. Apart from Mattel, Disney, Bandai and Cartoon Network, all of these companies also held presentations at the Screening Suit highlighting their successes over the past years, while sharing their strategic licensing planning for 2015 and beyond with the audience, hoping to help them to secure further lucrative deals through intellectual property rights, also known as royalty fees. Yet, many eyes still looked for the world’s most successful toys company, LEGO, once again.

The absence of the world’s third largest toy maker and number one construction toys manufacturer was rather noticeable at the exhibition. LEGO has been the best performing company in traditional toys and games, doubling its global revenue over the past five years. Although the company’s own properties, including Friends, City, Ninjago, Chima and Minifigures, have been performing extremely well, LEGO also very much owes its enviable success to the popularity of its licensed product lines such as Star Wars, Marvel Super Heroes, Disney Princess, Lord of the Rings and Minecraft.

In 2014, LEGO continued to expand its licensed products portfolio with popular properties, such as the launch of The Simpsons range, as well as the expansion of its existing Minecraft, Disney Princess and Super Heroes lines. Its brand new movie tie-in range, based on Disney’s highly popular Frozen cartoon film, will also hit the shelves in 2015.

Since LEGO commands a 65% value share in construction toys globally, the dominant player’s non-attendance meant lack of representation for the most dynamic toys category at the Brand Licensing Europe once again this year. Construction has been the most dynamic category in traditional toys and games enjoying double-digit value growth over 2008 – 2012. In 2013, it was still the best performing category, recording 8% value growth globally. With a forecast 9% CAGR, construction is projected to drive growth in global toy sales, adding some US$4.5 billion, at constant 2013 prices, over 2013-2018.

As a privately-owned enterprise, LEGO’s preference for keeping its licensing business very much away from public eye has been its policy for many years. With no shareholder directly responsible to, the toy maker also uses this as a competitive advantage over its larger competitors such as Mattel and Hasbro. LEGO spent five years on research and development of its Friends range, which has been a massive hit since its launch, creating a girl’s category in construction from scratch, prompting others to follow.

Until the company decides to review its relatively secretive stand, Cuusoo (www.ideas.lego.com), which means “wish” in Japanese, where fans can submit ideas to be voted on by other users (once an idea has 10,000 votes, it is reviewed by LEGO and could be brought into production) might well be the only publicly-available source indicating where it might head in licensing next. Wall-E, Ghostbusters HQ, LEGO Lightsaber, Doctor Who and X-Men: X-Mansion have already exceeded the 10,000 mark on the website and are currently being reviewed by the company for production.