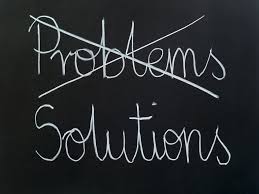 In my last two postings (see:  Part 1 and Part 2) I have deconstructed and analyzed the Fall Toy Preview.  I have concluded that the event is struggling due to some conditions beyond its control and some that are not.

There is a need for the Fall Toy Preview and that for that reason it will continue to occur.  Where it will occur and how strong an event it will be are the issues in question.

For the Fall Toy Preview, the food is in southern California.  This show needs to be in the Los Angeles area so that it can benefit from those retailers that come to the area to visit with the major toy manufacturers (Mattel, JAKKS, etc.).  Will those retailers be willing to stay for a few days more and visit with other manufacturers?   Some will and some won’t.

Whether they do or they do not the bigger threat to the TIA is that if they don't move the show to Los Angeles someone else will fill the vacuum and put their own show on.   L.A. is self-creating itself as a meeting point and ignoring that fact by insisting that people go could turn out to be a mistake for the Toy Industry Association.