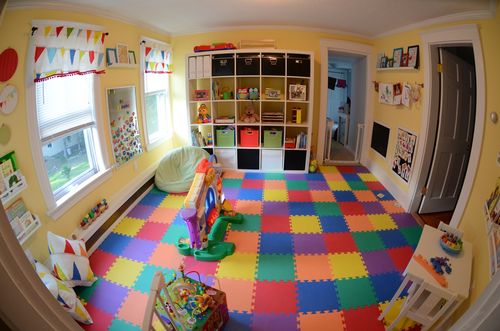 When you design or market a plaything, do you take into consideration the environments in which it will be played?   Will it be used primarily in the car; the family room; on the sidewalk;  at the beach or in another location? More importantly, are there play places that don't lend themselves to playing with your produc?. If there are you may wantto build additional revenue by making changes that will make it friendlier to those negative environments as well.

That thought came to mind as I continued to do my mapping of play (see:  “Mapping Play”).  For example, one frequently used play environment I was analyzing was  the back seat of a car.  Small pieces, the lack of a stable platform and the potential for a mess cause an electronic tablet to be the plaything of choice rather than Lego or Play-Doh.  Wouldn't It be interesting for a toy company to sit down with the designers at one of the car companies to create toy company branded, car play platforms that not only allow for stability but for storage and easy cleanup?  Think about the promotional tie-ins.  Heck, think about how many more Cokes and Pepsis have been sold due to the car cup holder and you will get my point.

Similarly, I am surprised that more board game retailers don’t invest in creating better game play environments.  There are generic and branded gaming tables that are dedicated to or can be used with Scrabble, Monopoly or Chess can be a great aesthetic addition to a family room.  Not only are they attractive but also they invite play.

Yes, you can find them…if you look really hard but they are not typically to be found in a board game department.   Wouldn’t it make sense for a merchant to give up some retail space for a product that encourages additional play?   It would be an investment in long term; in-home marketing that engages an entire generation in greater appreciation for person-to-person gaming.

Here is an idea:  How about the various play industries inviting those who design environments like interior designers, architects, automobile designers, lighting experts and furniture designers to demonstrate or exhibit their capabilities at trade shows and conferences?  Buyers and designers may just get some out of the box inspirations that would boost sales for a play industry that can use all the help it can get.