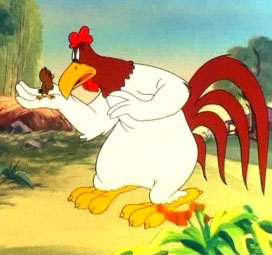 One of the most influential people in my life was a southern gentleman named Harry Cohen.  Harry with his son Frank ran a wholesale business in Richmond, Virginia which also employed me, a very young man trying to figure out himself and the world.  Harry was not just my employer but my father-in-law and as such held a commanding presence in my life.

He was a tall, nice looking man with a southern accent that was so thick that it was almost comical (think Foghorn Leghorn).  He was a man of action who thought big and he taught me to do so as well.  He was an optimist through action and not passivity.  You didn't wait for something good to happen; you made it happen.

This outlook was illustrated through some of his sayings which were amusing but held great truth.  For example When something appeared to be lost he would emphatically state:  "Everything is somewhere, keep looking."  And, you know what, it usually was.

And in those days before GPS, we would, on a road trip, sometimes think that we had passed our turn.  He would respond with; "Just when you think you passed it is around the next corner"…and it was.

What he loathed was inaction.  When something was going wrong he would yell (ususally at me):  "God damn it boy, do something…even if it's WRONG!!!"  And I would …and as you can imagine something would happen…and ususally it was good enough if if not exactly good.

It was that final quote that comes to mind as we continue our journey thought a period of mind-bending change. These are times for action.  If you feel uncertain as to what path to take; consider Harry Cohen's words.  Do something; even if its wrong.  You might be pleasantly surprised by what happens next.