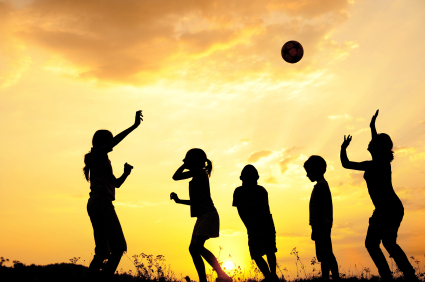 In my last posting, "Time, Space and the Business of Play",  I wrote about time as the most powerful factor in today’s competitive landscape.  When the world was simpler and toys were the only game in town (interesting but unintended pun) the challenge was one of fighting for space.  It was a zero sum game in which one company’s gain on a retail shelf was another company’s loss.

Today, with children and adults having so many forms of play at their disposal we find that there are simply more ways to play than there is time to play.  This has changed the competitive landscape from one of fighting for space to one of fighting for time.

We can all fight each other for our share of an end user's time but it might be wiser to cooperate.  Why, because the bigger enemy is the lack of respect for free, non-supervised play and the resulting loss of time allocated to it by our families and institutions.  Shockingly, Children today have 50% less free play time than children had in the 1970’s.

Play makes for healthier kids, socially, mentally, physically and even morally. Therefore joining together with business competition and with play advocates makes sense because the more time to play the better it is for business and society.

Play advocacy is therefore not just a good thing to do but a smart one as well.  That really came across to me while I was in Italy for the Tocati Festival of Outdoor Games, I was struck by the absence of brand names and brand name products.  The festival was not about consumption but about play for play’s sake and about joy for joy’s sake.

And that is when it hit me that, ironically, that brands ultimately benefit as much from an event like the Tocati Festival than direct advertising.  Even though the Tocati Festival was about using natural materials that were frequently free, like walnuts, chalk or an ear of corn, the reality was that as a result of the festival many people were going to value play more and as a result purchase the means to play (after all, throwing ears of corn is only get a parent so far).

The bottom line is that if all of us, play industry professional and play advocates,  work together to promote play rather than products, whether for the social good or he economic good, we will all have a better chance of meeting our goals.