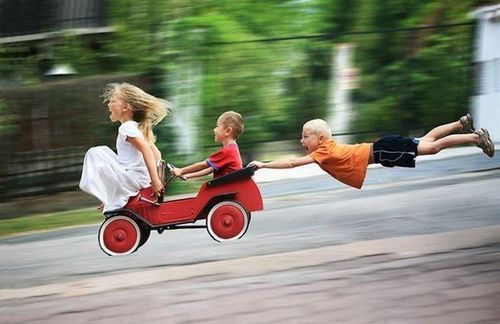 Last week’s World Congress of Play was certainly stimulating but it was also pretty entertaining.  Here are some of my favorite moments (write in and let us know yours):

Susan Magsamen, with the Brain Institute at Johns Hopkins,  telling the conference that her grandfather invented the Ouija Board.

Chuck Linden, Executive VP at Crayola, refusing to disclose the secret formula for Crayola Crayons despite my asking in a very nice way.

Bjorn Jeffrey, Founder and CEO of Toca Boca, sharing not just his success but his moments of anxiety in the early going.

A very funny Bob Moog, CEO and Co- Founder of University Games, covering the countdown clock with his coat so he could continue to speak after his time was up.

Dr. Michael Carter, Founder of Twin Learning, recalling when he advised Steve Jobs when he was running NeXT.  Michael referred to him as "The Kid."

An even funnier Bob Moog driving the ice cream cart into the conference hall in order to get everyone to return to their seats after the break.

The burst of nostalgia generated by David Zlotnik, Director of Global Marketing for McDonalds, showing us some early television commercials for his company.  Shout outs to Mayor McCheese and the Hamburgler were heard resonating from the audience.

DJ Sures, Founder of EZ-Robot, setting his robots loose during one of the cocktail parties.

I am still recollecting memories and will post them as I recall them.  In the meantime, let us know yours.