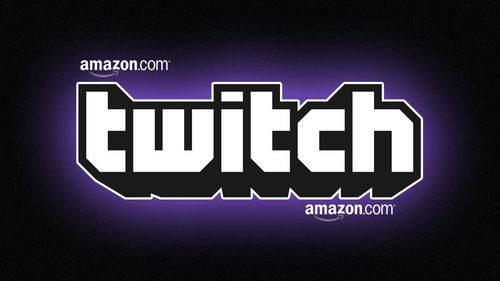 “Broadcasting and watching gameplay is a global phenomenon and Twitch has built a platform that brings together tens of millions of people who watch billions of minutes of games each month…”     Jeff Bezos; CEO Amazon

Is someone who plays video or tabletop games for cash prizes and does so in front of a paying audience an athlete?  I ask that question because we are seeing the rise of sedentary game playing as a spectator “sport.”

Amazon recently announced the purchase of  Twitch; a website that provides viewers a chance to watch top video game players compete.   Are these competitors different than those who race cars, bowl, curl or engage in other sports that do not require the high levels of physical expenditure that we find in football, hockey, soccer, baseball, basketball and other competitions?

I raise the question because there is a good chance we are going to see professional gaming grow into a major industry complete with roll models, heroes, cheating and game enhancers (will Mountain Dew be banned as a stimulant?)  Those who are the best at it will be experts in essentials for participating in 21st century life.  After all, many traditional sports arose from the fundamentals of surviving in primitive cultures.  The best hunters or warriors could run faster than anyone else; through a spear (think javelin) further and jump the highest.  Won’t the ability to excel in what constitutes being a modern hunter / warrior similarly to be honored?

I don’t have an answer yet for whether I consider them to be athletes but would like to introduce the subject and ask you to participate.  Consider these elements when you do so:

Racecar drivers are considered athletes (also called “mechaletes”).  Their success derives from sitting in a seat and manipulating controls with hands and feet.  They may not burn calories like a football player but to be successful, they do require fine motor coordination, mental acuity, resilience and courage.    In fact, racing a car may call for more courage and fast decision making than any other sport.  Having the physical and mental stamina required to not get themselves and others killed much less win the race is awe-inspiring.

Sitting in a racecar or on a thoroughbred requires physical strength; particularly in the body’s core.  If you don’t think so, think about how your body and brain feel after a long plane trip.

Those who race cars or horses have to be in great shape so that they can maintain alertness and sustain courage, not for parts of the race but for all of it.  These skills derive from an inborn ability honed through experience and training.

So, if those are the requirements for being an athlete; does that qualify those engage in sedentary game playing on the professional level to carry the attribute.   And not just those who engage in cyber competition but also those who play board games like Chess or Scrabble.  They compete for cash prizes as well and have an elite level of play.  In fact, a multi-million dollar Chess tournament has been recently announced to kick off in Las Vegas.

We could say that a major difference between those who engage in sedentary play and those who race cars is physical courage.  The risk of death is a very real component in automobile racing.  Other physical sports engage the risk of death or injury in differing levels.    Hockey is more dangerous than baseball, which is more hazardous than tennis, which is in turn more risky than golf.  Where do we draw the line on courage as a differentiator?

So what should we call people who game play on the professional level?  Are they athletes; cyber-athletes; gamers; masters or maybe something else?  What do you think?