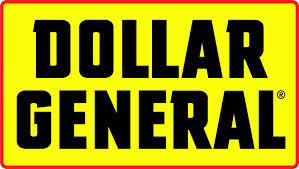 If retailing were a horse face, and in some ways it is, I would bet my money on the dollar stores:  Family Dollar, Dollar General, Five Below, Dollar Tree in particular.   No retailers are better positioned for a post mass-merchandiser landscape and here is why:  They have the right store size for the right demographic.

21st century retailing is characterized by an emerging generation of shoppers that has lost its love of the automobile and embraces the Internet as its highway to the world.  They see shopping as a process that involves Internet research and ecommerce purchasing.  They look at bricks and mortar retailingand they see out-of-stocks; massive parking lots and a cumbersome checkout process…why bother?  These consumers are turning increasingly to on-line retailers like Amazon.

There are shoppers, however, who do not see the Internet as a viable path to consuming.  These are the shoppers at the low end of the economic ladder who do not have credit (an essential to effective on line shopping) and typically do not have access to the Internet.

The dollar stores are highly attractive to this group due to their low prices; their limited but targeted product mix and their easy access.   Their small store footprints are ideal for reduced consumer foot traffic and offer low overhead in rents and payroll.  They also allow them to be highly efficient in opening, closing and moving stores.

were to be highly prized in the 20th century but are turning into a white elephant as stores struggle to maintain profitability with a reduced customer traffic.   That is why Wal-Mart in particular is pursuing a smaller store format.  It’s a smart move but are they too big to bring change to what has been until recent times the most successful retailing concept in the world?

We may well see in the not too distant future, a bifurcated retail landscape with low-end shoppers flocking to small efficient bricks and mortar retailers while more affluent consumers embrace the Internet in constantly increasing numbers.