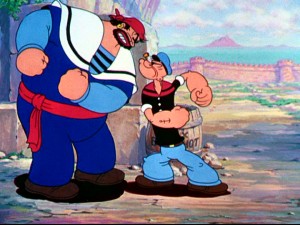 Here is a very brief snapshot of each chain:

Dollar Tree runs 5,000 stores in 48 states plus the District of Columbia.*  One-third of those stores reside in California, Florida, Texas, New York and Pennsylvania.  The retail model follows an everything is a dollar approach.  It is a destination particularly for children and bargain shoppers.

Again, according to Hoovers, Family Dollar operates 8,000 stores in 46 states plus the District of Columbia*.  36% of those stores are located in Texas, Florida, Ohio, Michigan and North Carolina. $1.00, $5.00, $10.00 are favored price points.  Hoovers describes its typical shopper as a woman in her 40’s whose family income averages $40,000 a year.

Hoovers states that Dollar General operates 11,500 stores in 40 states*.   Stores tend to be clustered south and eastern US plus the mid-west and southwest.  It’s pricing strategy is similar to that pursued by Family Dollar.

The Dollar Tree proposal makes sense to me based upon the similarity in their smaller store sizes and focus on low retails.  Dollar Tree claims that there will be economies of scale and they are probably correct but it is hard to see how much more pricing advantage they can get as both are very sharp merchants who buy in enormous volume and who have long established relationships.  It would seem that there will be fewer store closings with a Dollar Tree purchase as the differing demographics of their shoppers means that stores are typically not located in the same parts of town.

Most importantly, the business cultures at Family Dollar and Dollar Tree seem more in alignment than the culture at Dollar General.  This will ease integration and better maintain talent.

Dollar General has a different culture than that of Dollar Tree and Family Dollar. That plus a history of  intense competition between Family Dollar and Dollar General could mean friction in the management ranks and a potential loss of talent.  To use a football analogy; imagine arch rivals Auburn and the University of Alabama attempting to do a merger.

The proposal from Dollar General is certainly more lucrative and the similarities between the companies certainly augurs for Dollar General’s case.  On the other hand, Dollar Tree is not going to sit on its hands and such a deal could take a long time to finalize; damaging morale and sending talent towards potential new competitors like a Dollar Tree which is intent on being more than a dollar only retailer.

No matter what happens, I see the future of bricks and mortar retailing belonging to these companies.  I will explain why in my next posting.