Sometimes I think every person in America has invented a game, so often have people contacted us with the game they have invented and hoping we might be able to sell it for them.

If they have gone so far as to build a working sample (a necessary step, by the way), the story is always the same: Their friends and family love it!!

But, of course, they are friends and family and that is their job. 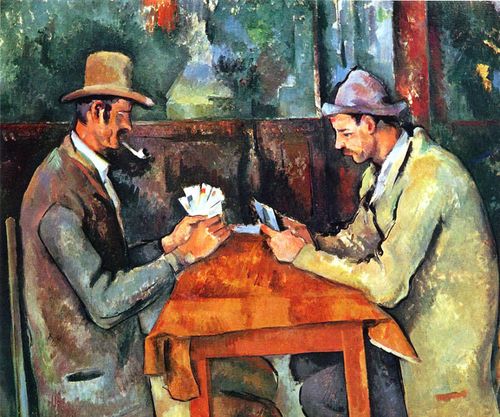 Getting people who are not related to you to love your brand new game in a world glutted with games is quite another story, however. In fact, I have no idea how to do it. We have a closet full of games we have designed that play well and we can’t even sell those.

The other day, during a splendid early bright and mild Fall afternoon, I and a couple of friends sat out front of our offices as the day slid gently into evening, watching the world drive home from work, sipping some adult beverages, and chatting.

We call it the Bad Boys Bistro, and several times a year we drag a table and chairs out of the office and set a spell. On occasion our front-yard gathering attracts passersby to stop. We are not generally very receptive to our private moment being interrupted, and this afternoon was no exception.

A square-jawed, brush cut, tatooed motorcyclist about 38 or so looked, pulled over, stopped, dismounted and with a folder and papers in hand came up the sidewalk and started to speak to us.

Before he could, I wanted to be sure he understood the ground rules here, “Make it quick!” (never one for niceties), I said and it set him back on his heels a bit, a bit put out. But the story took a positive turn. He had long wanted to come by and ask our advice about a game he had invented. Some ‘invention company’ was gladly taking his money, and he was beginning to think he was being had. We suggested that the stranger come back the next day during regular hours and we would provide some advice and guidance, the contact info for our patent attorney, and wished him every success with his invention as he walked away thanking us profusely. We even offered him some of our chicken wings. We're not all bad, you see, we just don’t like being interrupted during the Bad Boys Bistro.

Now, this is not an uncommon story. We try to be helpful, but there are others out there that prey on the hopes and dreams of those with just one idea. I always say, “There is nothing more dangerous than a person with one idea.” It becomes an obsession, and they become fair game for those who might take advantage of them.

If you have invented a product, be very careful. Talk with an attorney about protection and be wary of paying anyone money for their assistance. There are people out there who will take your money in exchange for promises, but few who will get you the results you seek.