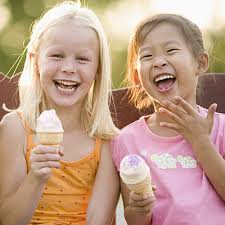 Well we'll go swimmin' every day
No time to work just time to play
If your folks complain just say,
"It's summertime"

My memory of summer is that is lasted a very, very long time and was delicious.  I got out of school at the end of May and returned in September.  I don’t think, however, it was just chronological time that made it seem so long.  Rather it was the freedom from adults that made it seem to last forever.

All of this came to mind as I read a New York Times article by Anna Bahr, Claire Cain Miller and Margot Sanger-Katz with the thought provoking title “Is Summer Different Now?”  Here is how the authors set the table with this opening paragraph:  "We like to remember a child’s summer as a season of no responsibility, unfettered by parental supervision, a time to indulge and explore. And we like to complain that summer has changed; that children have more responsibility, less freedom, fewer indulgences."

The authors set out to find out if this notion is accurate.  Their conclusion:  It is.

Here are some findings:

The article reports that:  “The number of day camps has increased 40 percent in the last five years, according to the American Camp Association, with the biggest enrollment increases among children 9 and younger.”

Not only that but camps have become specialized.  I spoke to a friend whose son was attending a Karate camp.  He boasted that his son spent the morning from eight until twelve exercising.   It sounded horrible to me and my camp experience was about making potholders and lanyards;  swinging and doing whatever I wanted.

The authors write that: “Children are spending more time in structured activities like sports, art and running errands with parents and less time in unstructured play and passive leisure.”

Unfortunately, the authors base that on  2000 University of Michigan study.  The authors could not provide any research later than 2004 on time spent on outdoors.  A lot has changed in the last ten years and it is imperative that we see more research in this area.

What I found sad was that, due to our pursuit of healthy eating, ice cream consumption is down.  According to the authors “…the country produced about 12.9 pounds of ice cream per person in 2012, down from a peak of 22.7 pounds in 1946.”

In our zeal to make children more productive and healthy we ban those elements that make childhood such a special time.  Chidlren can spend the final 60 years of their lives worrying about that extra potato chip or additional scoop of ice cream.  Childhood is not the time.

So, do we do something about it or do we just sit back and accept it.  We at the World Congress of Play will be taking action as we consider how we can advocate for more playtime, not just for kids but for adults too.  Join us in San Francisco from September 8-10 and join the discussion.