Debbie Dunn is an accont executive at GennComm, which is a communications, strategy and connections agency focused on toys, kids entertainment, licensing and consumer products.  GennComm is headquartered in Los Angeles, cA and headed by Genna Rosenberg who boasts 20 years of experience in the world of consumer products public relations.

Marketers are always looking to get a consumers undivided attention; and in all reality, movie theaters are probably the last place left on earth that you have the opportunity to reach your audience without distraction.  No second screen (at least we hope), no boiling pot on the stove, no ringing doorbell, barking dog, etc.  In essence, it’s an amazing thought that a consumer actually chooses to join you in a darkened room for 1 ½ to 2 hours with no windows and no interruptions. 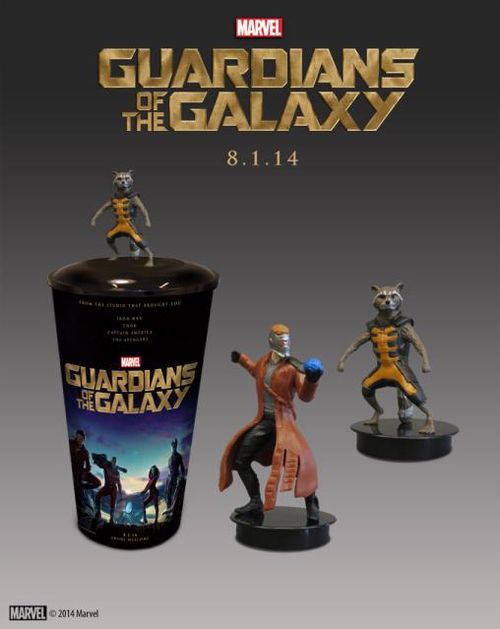 Over the last five years, advertisers have been seeing the benefit of the big screen, and in the last year alone, big screen advertising has seen double digit growth when many other ad revenues are down according to the Cinema Advertising Council (CAC.)  National CineMedia (NCM), who operates the largest digital in-theatre network in North America, with nearly 20K screens in 48 states, asserts that their movie-goers are young, affluent, educated audiences that have a 73% unaided recall rate for in cinema advertising, compared to 13% for network television audiences.  Also stating that movie-goers recall advertising messages four to six times better than television viewers. 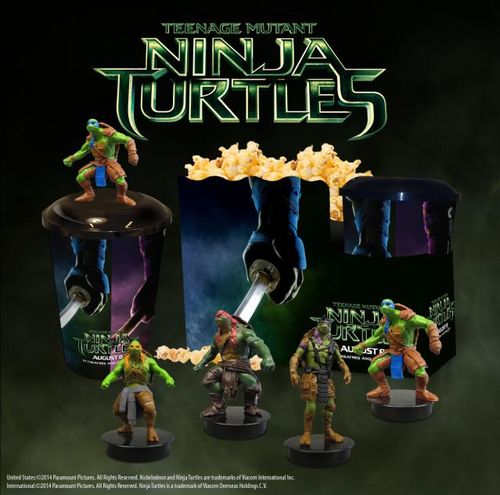 Theaters have made no secrets though that their true bread and popcorn butter lies in concessions.  And going back to their roots, exhibitors are starting to get more and more inventive with their approach to nom-nom sales.  From specialty-flavored popcorn salts, to baristas, to beer and wine, exhibitors are showing ingenious ways in getting you to part with your dollar (or really Benjamins at the end of your experience.)

Furthermore, there are some savvy companies who have also recently been able to tap into the golden concessions egg that has long eluded the rest of us via toys.  Yes, toys.A leader in this market is Snap Creative who is manufacturing themed and collectible toys, drink cups and popcorn packs for movie studios and theater exhibitors globally.  Snap Creativerunsmore than 15 of these promotions per year; partnering with many of the top Hollywood studios to do licensed collectible toys disguised as concession packs for some of the biggest movies includingFrozen,How to Train Your Dragon 2, Planes: Fire and Rescue, Transformers: Age of Extinction, Guardians of the Galaxy, Teenage Mutant Ninja Turtles, and Big Hero 6 this Fall.Some geared towards kids andsome toward adults (hey – everyone loves a cool transforming collectible Transformers keychain!).  These packages (which always include a toyetic element and reuseable cup) provide property owners with an additional consumer touchpoint that continues to connect with them at home.

And according to Snap Creative's owner Bill Howard, exhibitors are buying into it because they generally see about a 20% lift in sales with these branded collectible themed snack packs vs. non-branded concessions.  These programs have been so successful for all involved that Snap Creative has seen sales grow from around 2 million pieces to 6 million pieces in just the last two years in over a dozen countries worldwide, including the United States, Thailand, China, Vietnam, Turkey, Russia, Canada, Mexico and more.

Keep your eye on this trend.  More ahead.