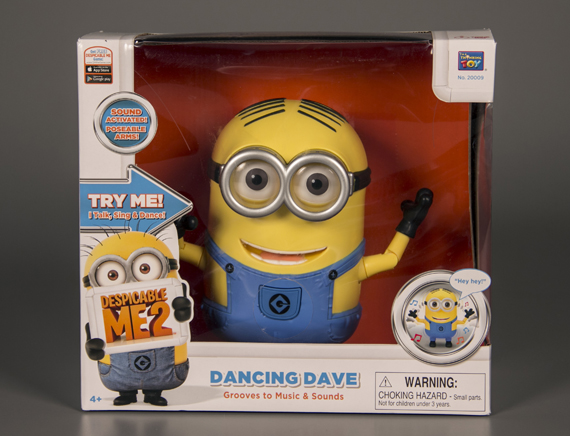 A new, rapidly growing species has sprouted among us: small, yellow, overall-clad creatures, helpful and hilarious, who love to sing, dance, and laugh. What are they? Minions, the lovable— often Cyclops-eyed—characters from the immensely popular films Despicable Me and Despicable Me 2. While some folks may consider the babbling and singing of minions purely nonsensical, many find it entertaining and endearing. Having seen both movies multiple times, I actually find the minions thought provoking. Yes, thought provoking! Stick with me on this one.

The term minion is generally defined as an unimportant individual who must obey and do as instructed by a more powerful person. By this standard, many of us have undoubtedly felt like a minion at some point in our lives, perhaps as a child with older siblings or strict parents, or as an adult on the job. Perhaps this explains why all of the movie’s minions—although distinctly not human—answer to common human names, such as Dave, Carl, Kevin, and Stuart. The minions work in a large industrial setting, many seated at computers, while others supervise, carry clipboards, or merely linger around the water cooler—situations familiar in numerous workplaces. Considering the names, environment, and terminology, the creators of the film seem to have wanted to entertain adult audience members as much as younger viewers.

For a long time, the term minion held a negative connotation, but these tiny yellow creatures have helped change that. While they do in fact work for someone else, it’s obvious that they are valued by their towering, lean-legged leader Gru, who—at least by the end of the first film and throughout the second—demonstrates a sincere appreciation for the minions, greeting them cheerfully or commenting on details (“Love the new haircut!”). In turn, the minions demonstrate a well balanced work ethic. They laugh and chatter among themselves (they all possess the same ridiculous sense of humor), but are always dedicated to the job at hand whether it be tasting jam, vacuuming the foyer, stealing the moon, or rescuing someone. Since the release of the second film in 2013, the toy market has exploded with minion-related merchandise including singing minions, dancing minions, and plush figures of all sizes, some of which have now infiltrated the collection of The Strong. In fact, Despicable Me was honored by The Toy Industry Association (TIA)—the trade association for toy manufacturers, distributors, and retailers—with a nomination for the coveted Toy of the Year (TOTY) award for best licensed Property of the Year 2014.

Thanks to their dedication and upbeat outlook on life, the minions are probably here to stay. Additionally, it seems their hard work has paid off since the minions will have their own feature film in 2015. No wonder they’re “Happy.” Being a minion has lost its negative associations. It is now a role that offers fantastic perks such as movie stardom. So the next time you’re feeling a bit minion-esque, consider what Gru’s army of yellow creatures would do. Who knows? Keep your chin up and pretty soon you may be starring in your very own movie too!

For more on toys, games, and all sorts of other stuff for play—past and present—from Victoria and her museum colleagues, visit The Strong's Play Stuff blog.