There is no success without failure. Failure, in fact, may be our greatest teacher. But only if we take ownership of it, and do not blame our failure on others or on factors beyond our control.

Banks actually prefer to lend to those who have failed, reasoning that those who have lived through failure and bankruptcy have learned many valuable lessons through the process of failure. 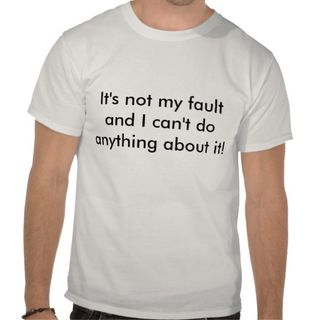 I have worked with designers that will, years later, claim credit for patentable features from our successes of long ago – too long ago to recall who was in the meeting in which that particular idea arose and was footballed around until it was implementable.

Some of those same designers, when the day comes to show their prototype to a client and in that last hour it doesn’t work, thrash about loudly for someone to blame. "Not my fault! I didn’t get the help I needed weeks or months ago!"

If one does not take ownership for one's failures, then one cannot learn from them. This is a great loss.

My name may be over the door at Lund and Company Invention, L.L.C., but I credit the company's successes to my team. Their work goes out the door and becomes a success often enough for us to survive, and at times thrive, in a difficult speculative business. I may lead the team, but they own the success of the company.

The failures of the company I must take on as my own. Good years are the result of great work by my team, bad years are my own failure to lead, failure to sell, or some other shortcoming in my strategies and efforts. As it should be.

And so, when I hear, “It’s not my fault,” I am disappointed. The opportunity to learn may already be lost.

We cannot own success if we cannot own failure. They are the yin and yang of what we do. One leads to the other, as surely as Summer to Winter. “Success has many fathers, but failure is an orphan.”

I don’t know who said that, but I have seen it to be true. It was an issue at the legendary Marvin Glass and Associates. No one took credit for failures there, and that is why Glass decided long ago to remove their logo from product packages. We all remember the successes and from what company they were licensed. Marvin Glass naturally preferred not to be associated with the failures, of which there were many. Most new products fail or certainly fail to achieve notable success. It is the nature of the innovation game.

So, they stopped having the Marvin Glass logo appear on product packages. As a result, for some of their notable successes, the origin of the product was often the subject of different stories, depending on the teller. We are all only human, after all.