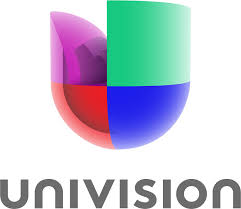 I have, for several years now, been encouraging the toy industry to take the Hispanic market more seriously.   The demographics say it all:  According to childstates.gov almost 25% of children under 17 come from Hispanic households.  In other words, do your marketing plans take into consideration that 1 in 4 of your potential end users are Hispanic?

If you need more convincing, you may want to read a great New York Times article by Jonathan Mahler:  “Biggest Scorer in World Cup? Maybe Univision.”  Here is how Mahler evokes the startling growth of Univision and its viewers:

The World Cup has been a record-breaking event for Univision, which has dominated its TV rivals in several of America’s largest cities — Los Angeles, Miami and Houston. It even won the New York market for some games. With the finals still to come on Sunday — featuring a Latin American team for the first time in 12 years — Univision has already drawn roughly 80 million viewers, or about 60 percent more than it logged for the 2010 tournament.

Of particular interest to those who work in the toy, children’s media and other play industries is that the prime investor in Univision is none other then Hiam Saban, the man who brought us the Power Rangers.  Haim Saban has proven to be a very savvy businessman so his moves are something to watch and watch closely.

There is a point of caution, however, for Univision and others who market to what is now a largely ignored consumer segment. As Mahler points out:  “Many [Hispanics] grow up bilingual and identify themselves culturally as American. Univision will have to compete with every other media outlet, Spanish and English alike, for their attention.”