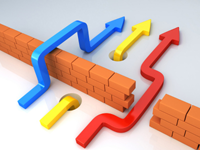 In my last posting, “The Freemium Business Model; Under Fire,” I wrote about concerns from some (including the goverment)  that the “Freemium” business model was unfairly hooking children into spending money they did not think they would need to spend in order to fully engage the game.  If you are not familiar with "freemiums," the idea is that the initial “purchase” is free but the user has to pay in order to avoid advertisements, speed up the play process and even to secure the elements necessary to win.

I think the "freemium" concept provides access to play for those who do not have the money to afford a console or mobile device.  If a consumer is fortunate enough to live in an affluent home with their own gaming console and / or mobile device, then they can afford to purchase a game. They will not have to buy additional access.

If on the other hand the consumer does not have the money to purchase a console or mobile device then a “freemium” model gives them entry to the experience by allowing them to pay in small increments over time.  In a way it’s not that different than buying a car or television outright or paying overtime.

Is the “freemium” model fair?  Here is what I think, fair or not, it is a leveler in which a less advantaged child can play the same game as a more affluent one.  Better a world in which we all get to play than one in which some have to sit and watch as a minority get to have all the fun.