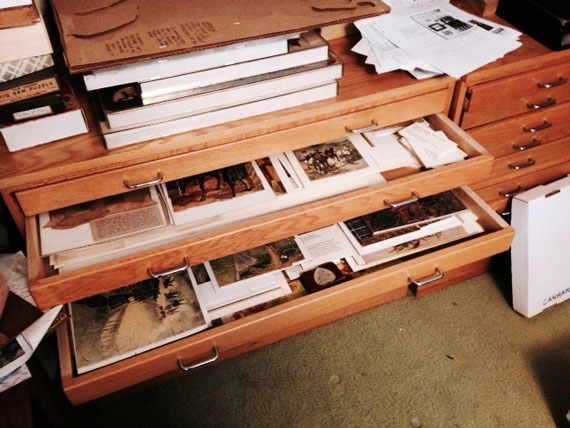 I’ve always enjoyed working on jigsaw puzzles. I find the challenge of assembling a picture from the mass of jumbled pieces satisfying. Maybe it’s my bent for organization that wants to bring order to chaos and see the task through to a tidy completion. But I faced a different challenge recently when my fellow curator Nic Ricketts and I went to Maine to pack up a collection of 7,500 jigsaw puzzles for The Strong museum.

With a history that goes back about 250 years and a place of honor in the National Toy Hall of Fame, jigsaw puzzles deserve thorough representation in the museum’s collection. Nic and I had paid a visit to collector Anne D. Williams a year earlier to see her collection firsthand and to talk with her about why it would make a wonderful addition to The Strong’s holdings. Williams spent more than 30 years amassing her exceptional collection and authored the two most respected books on the history of jigsaw puzzles. She noted in the preface to The Jigsaw Puzzle: Piecing Together a History, that not only was she collecting jigsaw puzzles, but also “a treasure trove of social, cultural, and economic history.” With manufactured and handmade puzzles for children and adults dating from the 1760s to the present, the Anne D. Williams Collection  elevates The Strong’s jigsaw holdings to stand as the most complete representation of jigsaw puzzles in any public institution in the world. 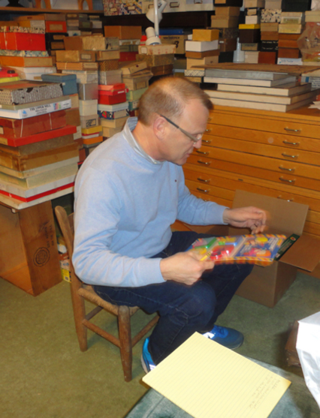 So that’s the why—what about the how? For instance, how big a truck do you need to hold 7,500 jigsaw puzzles? The answer: a 20-foot U-Haul works quite nicely. An equally important question: how long does it take to pack 7,500 jigsaw puzzles? That’s a tougher one to answer. Anne made an outstanding head start on packing in the weeks before we came to Maine and, by the time Nic and I arrived at her house on a Monday, the entryway and kitchen were filled with almost 200 boxes in stacks that nearly reached the ceiling. We immediately swung into action and, by the end of the first afternoon had contributed our own share of boxes containing hundreds of puzzles to the ones awaiting transfer into the truck. This would be a piece of cake! I had a different impression by the end of the second day, however. Carefully filling each packing box so that puzzles and their boxes fit safely and efficiently took time, as did maintaining a detailed inventory of which puzzles went into every box.

But the boxed puzzles were the easy ones. The really tricky issues arose as we considered how best to pack assembled jigsaw puzzles. Not all of them had interlocking parts and none of them were glued to their supporting cardboard. Hmmm. This was a challenge unlike any that Nic and I had faced during the more than half a century we’ve jointly spent working in museums. But experience and ingenuity resulted in inspiration: the puzzle sandwich. Instead of slices of bread, each puzzle was supported by a piece of cardboard under it and on top. Then we assembled the puzzles into stacks of comparable sizes. One of us would hold the stack securely while the other stretched cling wrap tightly around the layers with enough pressure to hold the pieces in place, rotating the stack 90 degrees to repeat the plastic wrapping. The resulting securely enclosed sandwich would have made any lunch-packing parent proud. No ketchup or cheese—or in our case puzzle pieces—would squeeze out of the enclosure. Think we can patent the process? With Anne, Nic, and me working 11- or 12-hour days, everything got packed up on schedule in time for Nic and me to make the 10-hour drive back to Rochester on Friday. The hundreds of boxes fit snugly into our U-Haul and, when we rolled up the truck’s rear door back at the museum, we could see that nothing had shifted in transit, despite the end-of-winter potholes along our route. Now The Strong’s collections team is opening and unpacking all those boxes with equal care so that we can catalog, photograph, and share these fascinating jigsaw puzzles with the world. And there’s no puzzle about what will be occupying a significant chunk of our time for the months ahead. Anyone in the mood to assemble a jigsaw or two?

For more on toys, games, and all sorts of other stuff for play—past and present—from Chris and his museum colleagues, visit The Strong's Play Stuff blog.