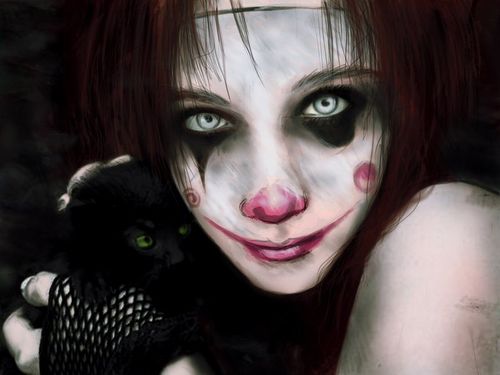 Perhaps you or someone you know is afraid of clowns.  Fear of clowns is apparently common enough that it has its own term, “Coulrophobia” (I made “Clownaphobia” up because it’s funnier…at least to me).  In fact, it’s common enough that clowns now have their own dating site appropriately named “Clown Dating.”     As the website puts it:  “Clowns are unique entertainers loved by some yet fear [sic] and hated by others…Clown Dating offers a community for single entertainers to chat have fun and arrange dates.”

I would guess that there are far more amateur and semi-professional clowns than there are those who ply their trade full time.  I once stood next to an amateur clown at a pro-am golf tournament.  No, he was not wearing a clown outfit, but was in civilian dress watching as some local celebrities duffed their shots.  I asked him how he would do in such a situation and he responded that, if he was in costume, he would probably hit a great shot.  Why, because he was a clown and hence had no need to look good in front of a crowd.  He was expected to fall on his face.

I think that this may be the great complexity of clowns.  In one sense they are grown up children, with no self-esteem issues, playing without an ego.  They are allowed to look silly, awkward and even have an eternal bad hair day…all because they are clowns.  In another sense, there is something frightening about someone who chooses to hide from society behind a mask of greasepaint.  Are they really grown up children (think Bozo) or sinister adults (think KISS)?

It is this uncertainty that makes clowning an intriguing form of play while puzzling and even putting off those who do not undestand it much less engage in it.  Hence, a dating site just for clowns.

Clowning is a form of play to which we pay too little attention.  So, if anyone out there is a clown; knows a clown or loves a clown let us know if you see clowning as a form of play, something else or something more.