As much as companies in every industry need breakthroughs, new technologies, big new ideas, it really is the last thing in the world that a loyal soldier in the trenches wants to take on. Too much work, too much risk.

It takes a champion within the company, first and foremost, to embrace a brand new idea. It requires a brave visionary who is willing to take on the long hours and the risk it takes to bring into being that which is truly new.

We have tried valiantly and persistently to license some of our new technologies, and despite the cost and performance advantages they offer, we have found few takers. Those that do finally step up to the plate to take on the development and commercialization of a new technology we recognize as courageous, visionary, and the exception, not surprisingly, rather than the rule.

Our Hydrogen technology, first brought to market by Estes about a decade ago as the Hydrogen Fuel Rocket, took years to develop. The crew at Estes was like a dog with a bone. They wouldn’t give up, and in the end brought to market the first new toy rocket technology in 40 years. 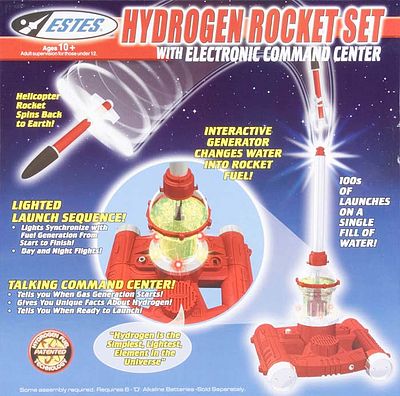 It was remarkable to watch, and we realized then that none of the toy companies we had ever worked with would have had the stamina and persistence to undertake that product and see it to completion.

That rocket sold for over ten years.

A similar case of a client championing a product with vision, courage, and yes, persistence, is our Doggie Doo Game. If you haven't seen it (I don't know how you could have missed it!) the game consists of a dog that poops and brings young and old to tears with laughter. For a decade and more we tried without success to find this game a home. Now, with a champion, this game has proven to be a hit.

Last summer a client introduced one of the first applications of a technology that we have had in development for years. The champions inside the toy company that licensed it had the vision of what this could be, and how important it could be across their brands. This technology has been turned down time and again by other toy companies, not surprisingly. Bringing a new technology to market can be an enormous task.

Together we have collaborated for over two years to bring this to market, as well as to perfect related applications of our technology for production. From this type of collaboration and the committment of a persistent and courageous team, come our best results and most innovative and significant new products.