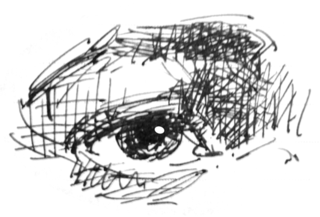 It can be said life’s most challenging moments often seem impossible to overcome but usually lead to amazing breakthroughs that serve to help us reach our full potential. There are moments, however, we get stuck and just need a little help to look beyond who we currently are to who we can eventually be.

While some designers find relief from the fast passed world of toy design by playing golf, hiking, or even skydiving, I’ve been in volunteer prison outreach for over twenty-five years without incident, which needless to say is extremely unique. Most of that has to do with sincerity and looking beyond surface details.

After making my usual rounds in a maximum security prison, I was asked to speak to an inmate we’ll call Big Jake, but quickly declined after I looked him over and saw the situation as totally unsafe. The lead guard asked me to reconsider, so I finally accepted even though the outcome looked bleak and certainly one of those situations that could compromise the safety of my team.

Even so, I entered his cell alone and requested the restraints be removed so we could talk one on one. This began the rather lengthy process of unlocking the network of chains that bound his arms and legs. I then sat across from him as he took his place on the cot anchored to the wall.

Looking back at the experience, it may not have been a good idea to be in the same cell with a man who had just won a bloody fight with a slew of inmates throwing them around like they were nothing at all. As I seconded guessed my decision, Big Jake slowly leaned forward and stared at me without saying a word. After some time, he eventually broke the silence by making the rather curious request to look into his eyes and tell him what I saw—to be honest and not hold anything back. He said a man's eyes reveal who he is.

All outward circumstances would say I was in serious danger being within striking distance but Big Jake’s eyes spoke something else. Simply put, his eyes revealed much of his life and fight with addictions. As the conversation continued within this dark labrinth of concrete cell blocks, more secrets were gradually revealed such as the childhood abuse that led to his life spiraling out of control—anger, confusion, fights to prove man-hood and loads of self-doubt.

Then he seemed to turn off and just sat frozen with tears in his eyes staring at the wall. After a very intense time of silence, Big Jake whispered to me that he had lost his humanity and was nothing more than a caged animal with only a number for a name. Then, after he was done telling me who he was I knew it was my turn to tell him who he could be.

So what’s the point you say? How does this increase the global sales of your latest retail toy launch? Well, back in design school they taught us to look beyond the obvious to dig deep enough to bring out the significant. Success often hinges on what you choose to see in any given situation—do you see an opportunity or do you see a dead end? Can you see the extraordinary hidden under the ordinary?

The essence of art and design isn’t depicting what is but revealing what could be. That’s actually the art of selling an idea and also helping people reach their full potential—everyone knew who Big Jake was, but that off-chance encounter opened the door to help him see beyond to who he could be.

Perhaps, as a creative person you have come to a roadblock in your career feeling it’s time for more growth but you just can’t overcome the obstacles blocking your way—some of which are set in place by the system while others are simply self-imposed. In any case, both work to keep you trapped in a cycle that hinders reaching your full potential.

Even though all creative thinkers and dreamers have to face self-doubts from time to time, you can break through those barriers and reach new levels of performance. Like Big Jake, you already have amazing gifts planted within you that simply need to be watered, nourished and given a little time to grow. Others may pass you by because they just don’t see it but that doesn’t mean you can’t be it.

Many years after that prison encounter, I was grocery shopping with my wife and kids. We passed a couple as they were debating the pros and cons of certain food items trying to decide what would be healthy choices for their little girl. This huge man was holding his daughter so carefully and with such love I couldn’t help but take notice—when he looked up toward me I realized it was Big Jake.

He stopped everything to give me a big bear hug and then proudly introduced his wife and little girl. Big Jake was beaming—he became everything I saw in his eyes so many years before—a successful person, a loyal husband and most importantly a loving father who had a new direction in life, all of which was focused on caring for his daughter who was snuggled so securely in his protective arms.

Big Jake realized his greatest challenge in life to overcome wasn’t so much other people but himself and in facing his past he discovered a wonderful present. So, like my friend, don’t let someone else define you—live your life free of boundaries and realize your present is not just for you but those you love.

During this Father’s Day weekend, make sure you let go of your yesterday to embrace your today and take a little time to look beyond what is to what could be. What do you see? The answer to that question, my friend, just might free you to be the person you were always meant to be.