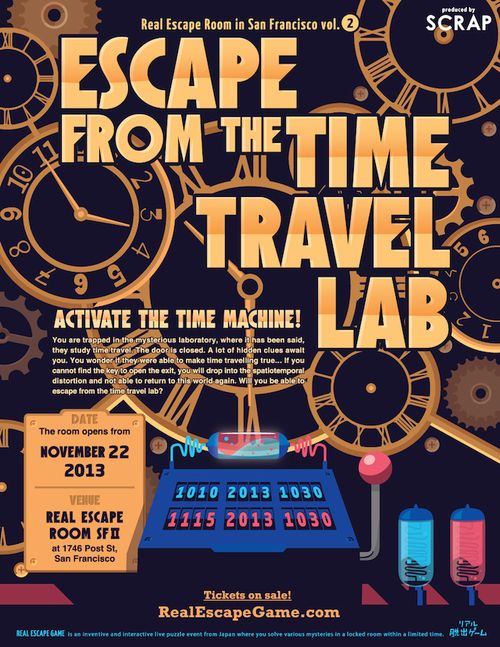 Some day there will be a name for this time in history where everyday seems to bring us a new way to play.  A new form I just discovered is called “Escape Room” and it is the subject of an article by Chris Suellentrop writing for NDTV.  The article, entitled “Gaming Culture Seeps into Escape Rooms,” describes a video game or puzzle brought to life by locking groups of audience members in a room and having them solve a problem.

Here is the author describes it:

In these live-action games – the creators insist that they are games first, rather than immersive theater – there are no Houdini-style bindings for the friends or strangers who agree to be trapped together, just puzzles to solve and codes to crack. And the door is opened after an hour even if the players are stumped.

Cool!  It started in Japan, moved to the American west coast and has just arrived in New York.   There are several now appearing, all with similar names:  “Escape the Room NYC,” “The Real Escape Game,” and “Trapped NYC.”

According to the article, the participants determine the outcome in an experience that involves all five senses…and yes, that means the sense of smell…and not always a good smell.

Have you attended an Escape Room event?  If so, let us know what you thought.