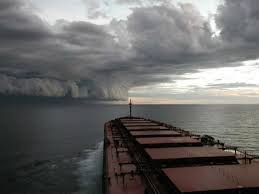 To those in the toy and play industries, Amazon’s battle with its publisher suppliers may seem like a distant war.  I think it bears close watching by everyone in the consumer products business.  I will explain why I think so but first consider this quote from an editorial by Bob Kohn in the May 30 New York Times:

When Macmillan, the fifth largest book publisher, displeased Amazon in 2010 by proposing certain changes in business terms, Amazon exercised what has been described as its “nuclear option”: It promptly deleted the “buy” buttons in the Amazon online store for all of Macmillan’s books. In an instant, Macmillan’s entire business was in jeopardy.

MacMillan quickly gave in and now it is publisher Hachett’s turn.  Again, here is quote from Kohn:

[Amazon is]…refusing to accept presale orders on books to be released by the publisher Hachette and by understocking Hachette’s titles. These punitive maneuvers, which follow a dispute between Amazon and Hachette about e-book contracts, have led to significant delays in shipments of Hachette’s books to Amazon’s customers.

These very one-sided battles, in which Amazon has by far the upper hand, may well be a prelude to similar scenes between toy and play suppliers and Amazon in coming years.  Think about it, Amazon went online selling books in 1995.  Amazon has had almost 20 years to build its powerful position with the publishing industry.  It began selling toys and games roughly ten years later.  That means it has been selling books for all most twice as long as it has been selling toys and games.  For that reasons, its book business has had more time to mature, giving it the muscle it now has.

According to NPD, online sales accounted for 16% of US retail sales and 22% of EU retail sales in 2013.  That trend towards online purchase could be sped up by struggling bricks and mortar retailers like Target and Toys “R” Us who seem to have lost some of their mojo.

It could therefore be that sooner than later, major consumer products companies could be forced into “offers they cannot refuse.”