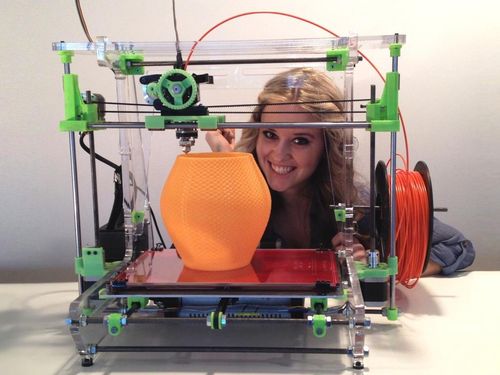 The notion of Wal-Mart printing out supplies may sound relatively innocuous but the notion of a massive company like Wal-Mart beginning to do its own on-site production bears watching and watching closely.  As Kyle Maxey put it in his Engineering.com article, “Walmart CEO Says Retail Giant May Buy 3D Printer Company:”

If Walmart were to consider an acquisition it would likely be looking to acquire a company that builds printers capable of producing end use auto, or home repair parts. Having such machines at their disposal could reduce the need for costly shipments and give consumers the ability to order their parts and pick them up moments after they’ve been finished.

Wal-Mart has the power to change the face of manufacturing by allowing its stores or distribution centers do on demand printing for small items.   There well could be a not too distant future where, for example, Wal-Mart makes a deal with Hasbro or Mattel that allows them to print out toys and thereby bypass the entire manufacturing process.  Such a move would cut out manufacturers, freight carriers and many other elements of the supply chain.  And not just the supply chain, any company with great intellectual property would be in a position to cut deals, no matter their size.

It’s not science fiction if Wal-Mart is talking about it and it’s not in the distant future; it’s now.  Keep an eye on this development as it could have an impact on the way all of us do business.