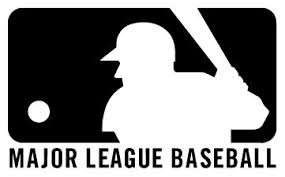 If you think that the convergence of play and entertainment is restricted to the toy industry; think again.  Even baseball, as conservative a sport as you will find, is no longer immune.  Robert Iger, Chairman and CEO of the Walt Disney Company, is being considered for Commissioner of Baseball.

Why is Iger being considered for the job?  According to New York Times write, Michael S. Schmidt, it’s because:  “… Iger is exactly the type of media-savvy businessman who could tackle what they believe is the game’s biggest challenge: increasing its appeal to younger Americans and international audiences.”

Iger is a long shot for the position but the fact that the league is considering someone who is “media-savvy” rather than a lawyer says a great deal about the current state of sport and entertainment.  The position of Commissioner came as a result of the 1919 Black Sox scandal in which some of the White Sox players threw the game in return for a payoff.

Major League Baseball knew that it needed a high judge and executioner so it created the position and hired Judge Kenesaw Mountain Landis to fill it.  According to MLB.com, the Commissioner

… was broadly empowered to "investigate, either upon complaint or upon his own initiative, an act, transaction or practice, charged, alleged or suspected to be detrimental to the best interest of the national game of baseball, (and to determine and take) any remedial, preventive or punitive action (he deemed appropriate)." The Agreement also expressly provided that the Commissioner's decisions would be final and could not be challenged by the clubs in court.”

Since Landis there have been eight Commissioners who have banned players, overseen racial integration and dealt with player and umpire strikes; the main concern has always been their ability to keep the owners in line while making sure to protect the MLB from any actions that were detrimental to its image.  If you think that notion of what a Commissioner should do, just take a look at the Donald Sterling fiasco that the National Basketball Association is currently enduring.

The fact that some owners are pushing for Iger is an indication of MLB’s concern with how it is going to be relevant in a time of a vast digital diaspora in entertainment and play.  Young people are abandoning traditional forms of play and entertainment and the MLB rightfully sees a threat.  As a result, the MLB is like the toy, video game and digital play industries, is fighting for its share of time in a consumer's head; an increasingly scarce commodity particularly for children.

Whether Iger gets the job or not, and  he probably won’t, the fact that he is being considered is just another indication that we live in a change of intense and rapid change that effects even our most conservative institutions.