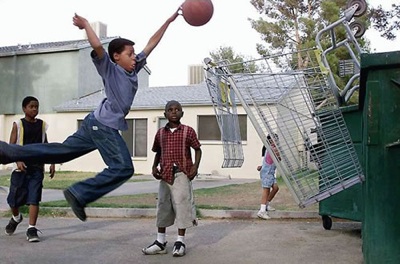 When I speak to play industry audiences, I like to remind everyone, including myself, that if toys or video games or even apps for that matter, did not exist, people would still play.  Toys are tools of play and the companies that provide them make up a play economy.  If the play economy did not exist, however, people would still find ways to play, just as their ancestors did.

Maybe it would be healthy for all of us, every once in a while, to get some friends together, roll up a pair of socks and have some fun shooting them into a trashcan.  It would remind us the simplicity of play and the joy of "making" it yourself.

Most importantly, even though we don't "own" play, let's all keep in mind that we are the temporary stewards of play and with that goes a responsibility to do best by it.