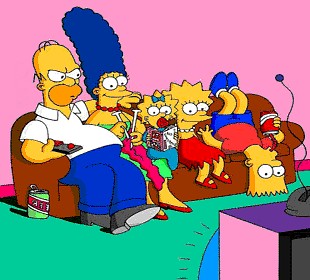 In my last two postings (Walt Disney, Jimi Hendrix, America, Popular Culture and the World and Countries and World Culture; a look at Russia, the U.S., the U.K. and China) I have reviewed the fascinating lists of global culture shapers created by the Pantheon website from the M.I.T. Media Lab.  Any list that contains Che Guevera and Walt Disney has to make you stop and think.  But what should we think?

What struck me as I reviewed the lists was the sheer power of intellectual property in shaping the world of play.  Yes, China manufactures 86 percent of the world’s toys but it is the U.S. creative machine, largely based in Los Angeles and New York that develops the movies, cartoons, television shows, books, comic books and art that influences what we make and what we sell.  If not for companies like The Walt Disney Company, the play industry would be far smaller and poorer and China would be making something else.

But who are these people who so shape the way we play?  As you may have noted in reviewing the lists, we live in a world shaped by men and some women who came of age during the depression and World War II.  If they don’t seem relevant, it is because they are so entrenched that they have shaped the way we instinctively think and do business.

Walt Disney, born 113 years ago, has certainly had the biggest impact on the play industry through not just via the cartoon empire he launched but through the infrastructure he created.  He not only popularized and commercialized cartoons he also almost single handedly created the modern licensing industry.  And if you think that transmedia is brand new, again look to Walt Disney with his theme parks, movies, comic books and toys.   In essence, he created the template for modern, popular culture production and in doing so shaped the world within all of us in the play industry work…and yes play.

But what can we learn from all of this?  Here are a few thoughts:

Elvis Presley, Jimi Hendrix and Bob Dylan were considered troublemakers when they first hit the stage.  What they really were were early movers in a generational, cultural sea change.  Who are today’s outliers?  Hmmmmmm, they are no longer so easy to spot.  Maybe it’s because today’s outlier is an insider.  What exactly constitutes an outlier in the 21st century?  I would be interested in hearing your thoughts?

When we speak of the power of a free internet and freedom of expression it is more than words.  These lists prove that.  It is no accident that some of the lists are populated by crazy, creative types and others are filled with politicians.   It is those creative types that when set free, not only entertain but set in motion forces that create jobs, equity and wealth.

3.    Who will be the cultural influencers of the 21st century?

It made me think about whom future generations will point back to as shapers of their world.  It is hard not to single out Steve Jobs for not only creating new platforms for play and entertainment but for doing so with an eye towards elegant design.  More than likely, it’s also some kid, currently in grade school, driving his or her parents and teachers crazy, who in twenty years will rock our world.  Whoever they are; it is my bet that they will have a good chance of being female and of color.

Let’s face it, it would be great if America exported high culture…but for whatever reason it doesn’t.  America is too much about commerce to create cultural products that are strictly designed to enlighten.  America is, at least at this time in its history, an exporter of pop culture with all of its economic significance.  America is not just exporting cartoons and music; it is creating wealth through art, music, cinema and play.

5    The importance of Intellectual property protection

Because popular culture is an economic engine, it only thrives if there are strong intellectual property protections in place.  It is the assurance that what you create belongs to you and cannot be taken away or stolen without due process that creates the environment in which cultural expression flourishes.

I think for me, the bottom line was that what all of us in the play industry do is important.  We influence not just the world but the future.  Although adults love to play, it is children, all over the world, whose lives are most shaped by how they play and with what they play.  What we do has a delayed impact on the world as those children who grow up on Fraggle Rock, Sponge Bob or, Sophia becomes something different than we are.

7    The power of exporting culture

If a society does not inspire home grown, bottoms up culture, citizens of that society will import it from elsewhere.  The U.S. would not be exporting pop culture if there were not people all over the world longing to laugh, cry, think and play.  When you import a culture, how you see the world begins to change.  That is the power of being a cultural exporter.

What are your thoughts?